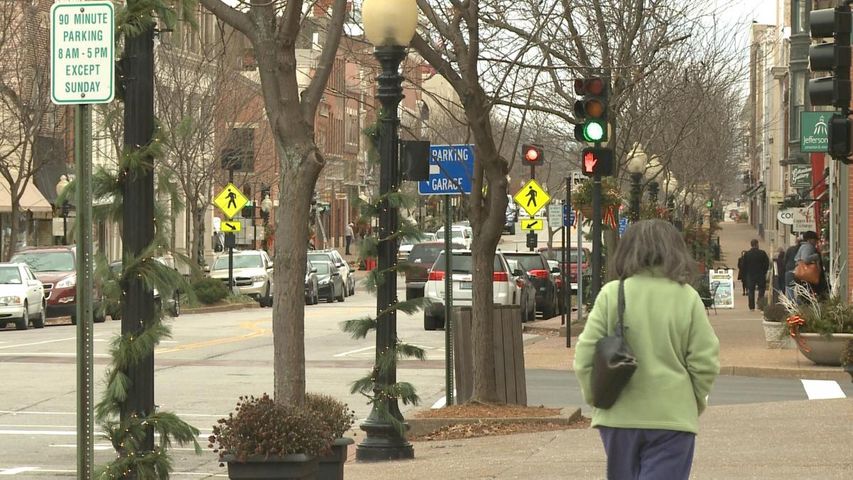 JEFFERSON CITY - Protesters marching from Ferguson to Jefferson City may disrupt planned holiday events, as they use the same route as an annual parade.

"We're in touch with the city and with the police department, as well as the event organizers," said Downtown Association President Stephanie Bell. "With scheduling, downtown's not a very big area, so where things are happening would certainly make a difference."

According to the Jefferson City NAACP website, "Journey for Justice" participants will use Quinn Chapel AME, less than 15 minutes from downtown, as their meeting point. The current route schedule shows protesters arriving at the church Friday morning and leaving Saturday. Marchers would walk past the Governor's Mansion and through downtown on High Street.

The annual Jaycees Christmas Parade is scheduled to start at 4:30 p.m. downtown on Saturday. The parade is also routed to go past the Governor's Mansion and through downtown via High Street.

"The exact dates and times of the arrival of the march into Jefferson City are not yet known, but preliminary information indicates that the march will not interfere logistically with any downtown event, again based on the information we've been provided to date."

Candlelight tours of the Governor's Mansion scheduled for Friday and Saturday have been cancelled.

Bell said the march will be the fourth Ferguson-related protest in Jefferson City.

"There was one the night of the incident, one last Saturday and one last Sunday. So far, they've all been peaceful, and given us no reason to be concerned," Bell said.

The Downtown Jefferson City Missouri Association website shows most major events still on schedule. The mayor will light the city Christmas tree Thursday at 6:00 p.m. in Rotary Park on Bolivar Street. The annual Downtown Living Windows displays are scheduled from 6:00-9:00 p.m. and Santa Clause will be available downtown to hear Christmas wishes. The performance of the live manger scene is scheduled at First Presbyterian Church.