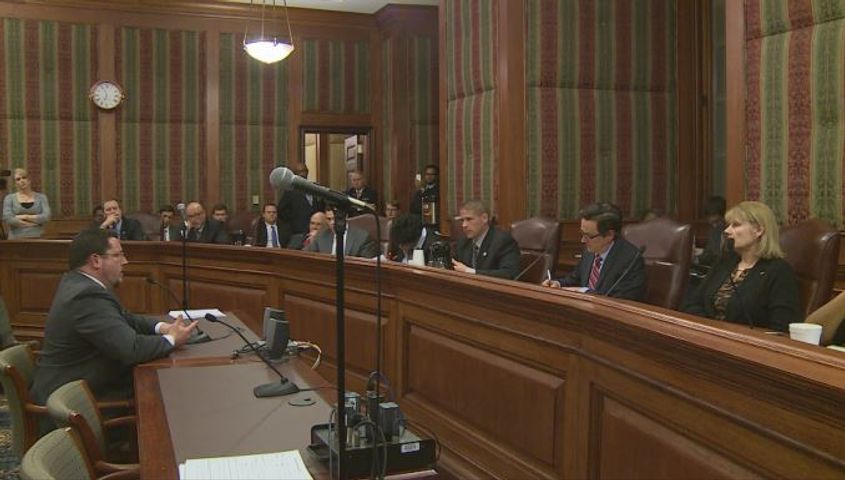 JEFFERSON CITY - The mayor of Ferguson said he tried to get the National Guard deployed in his town on the night of a grand jury's decision in the Michael Brown case but couldn't get ahold Governor Jay Nixon's office.

Mayor James Knowles was one of three witnesses Wednesday night as a Missouri legislative committee began hearing testimony on why the National Guard was not deployed in Ferguson when the grand jury's decision was announced Nov. 24.

Knowles said he was told that Nixon decided not to place the Guard in Ferguson. After troubles started that night, Knowles said he tried to reach Nixon's staff but couldn't get in touch with them.

"The initial request from my understanding was the first request from Chief [Jon] Belmar was to include National Guard presence in the city of Ferguson, protecting Ferguson municipal buildings as well as in the Clayton area and Shaw Park area," Knowles said.

Knowles said he thought the National Guard would be near by; however, the night of the grand jury decision, they were not.

Black activist groups like the New Black Panther Party condemned Nixon's decision to call in the National Guard, because they feared it would escalate the violence.

However, the St. Louis County Chapter of the NAACP said it supported Nixon's decision to call in the National Guard in Ferguson.

"I think that the governor's role was to deescalate, and he actually escalated the unrest that occurred in Ferguson," Nasheed said.

Nasheed said bringing in the National Guard made matters worse.

"Children have to drive up and down with their mom, go up and down West Florissant and see burnt down businesses, it's an eye sore. People have lost their savings, their livelihood," Nasheed said.

Two firefighters also testified at the committee meeting. They said they were unable to fight some of the fires that were started because they feared for their safety.