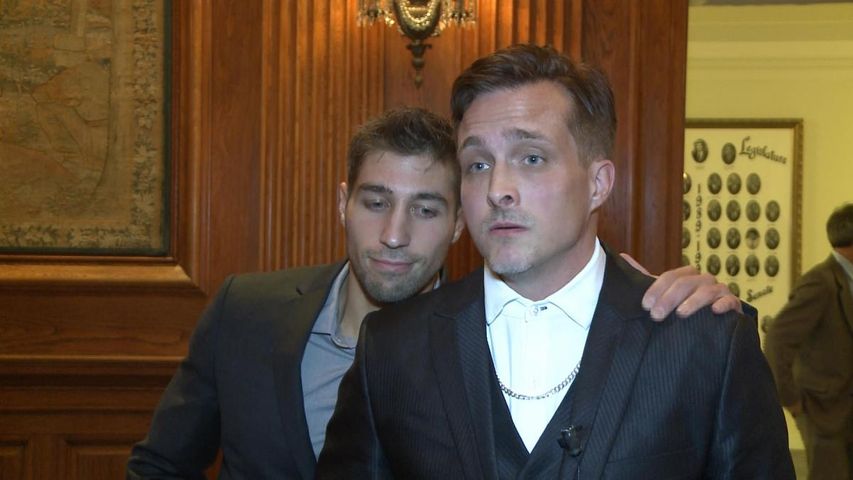 JEFFERSON CITY - A Senate filibuster over a proposed gun bill forced the committee chair's office to postpone a wrongful conviction bill. Ryan Ferguson's father, Bill Ferguson, was scheduled to testify in favor of the bill that would change the way eyewitness testimony is used in court cases.

Josh Kezer, a Missouri man exonerated in 2009 after spending 15 years behind bars for murder, was also scheduled to testify. Kezer and Ryan Ferguson met in prison and Kezer told KOMU 8 News there are innocent people still serving time and criminals still on the streets.

"When you falsely convict a man like myself or Ryan Ferguson or anybody you're leaving a criminal on the street that's left to hurt other people and that's unacceptable," Kezer said.

Bill Ferguson said he was not upset the panel was cancelled and believes the bill will get passed.

"If it doesn't pass now, it's not a question of if it will pass, it's a matter of when it will pass," Bill Ferguson said. "The public will become enlightened to the situation, and so when they read there's been exonerations every week for the last 25 years, they're going to become incensed by that."

The bill would standardize how eyewitnesses are identified in court, expand how DNA evidence is examined and requires suspect interrogations to be videotaped. The panel has not yet been rescheduled.