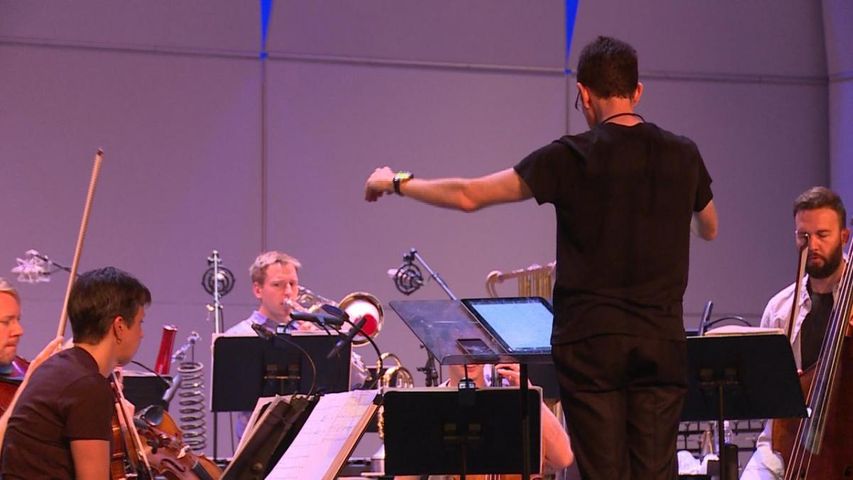 The internationally recognized ensemble, Alarm Will Sound, will end the festival Saturday by performing pieces from eight composers.

Since its start six years ago, the festival has grown to attract more than 200 composers to apply for eight coveted spots. Composers from around the country and world apply to be a part of the week-long festival in Columbia with only eight being invited to participate.

Italian composer Alessandro Ratoci teaches music in Switzerland and is one of the composers in this year's line up.

Ratoci teaches electronic music to classical musicians. He said he was attracted to the festival because it was linked to a music school, and he hopes to connect with American composers while visiting.

"I think people are definitely attaching the name Mizzou to this festival and also the type of musicianship that happens," Lackey said.

"Composers - especially when you're around high-school age or even younger - aren't really talking to other composers," Lackey said. "If you're a composer in your high school, there might not be somebody else who's hearing music in their head or writing it down."

Lackey said there has been a drastic change in the quality of students partaking in the programs.

"I think its really important for the continuation of music, composers must keep writing and its, I think extremely rare to have a donor specifically focused on composers and the success of composers," Lackey said.

In April, Jeanne and Rex Sinquefeild donated $10 million towards the creation of a new MU School of Music building to continue to enhance the program.

"It's a great opportunity for our students to see what it takes production wise to produce a festival of this scale," Lackey said.

Ratoci said he hopes when the audience hears his piece they will feel like they do when they are touched by poetry.

The composers selected for the festival receive a recording of their pieces.

"They come away with an extremely high level of professional recording that can then be used to gain grant funding, they could win jobs, win commissions," Lackey said.

A composer from a past festival went on to have their work performed by the St. Louis Symphony Orchestra.

Saturday's performance is at 6 p.m. at the Missouri Theater. Tickets cost $18 for adults and $10 for students.