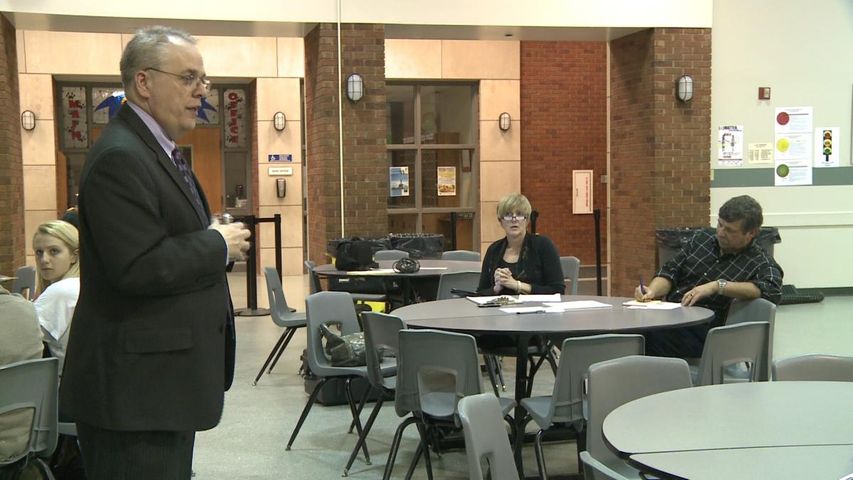 COLUMBIA - Residents of Columbia's Ward 5 voiced their concerns about street improvements Wednesday night. The Columbia Public Works Department is holding a series of town hall meetings so residents of each ward can discuss problem areas in the roads.

Fewer than five Ward 5 residents came out to the meeting, but Columbia Public Works Director John Glascock said the city will "take all the input it can get." Residents voiced concerns about areas such as Forum Boulevard and the roads near Cedar Lake subdivision in Columbia.

Columbia resident Peter Koukola represents a homeowners association in Cedar Lake, and he wanted to meet with city officials on behalf of fellow residents' concerns. "They have to weigh our needs with all the other needs they have around the city. We are just one ward," Koukola said.

Glascock said the city has about $300,000 dollars left over from money used for snow removal this winter. "It looks like we are not going to have to use it now, so... do we use it to [upgrade] the condition of city streets?" Glascock said.

KOMU 8 spoke with a Columbia resident who has concerns about roads in Ward 5, but did not consider attending the meeting. "The potholes that I do hit every once in a while... I can do my best to dodge them," Rob Badberg said.

The city maintains the department needs as much input as possible to determine how the money will be best spent. Columbia also allocates approximately $1.9 million dollars for road improvements each year. However, that money will only repair about eight miles of road. Glascock also said there are approximately 500 miles of road in Columbia.

Public works officials said there is not enough money to fix all problem areas, so they need residents' help to prioritize. Future meetings will take place for each ward at the designated places and times: