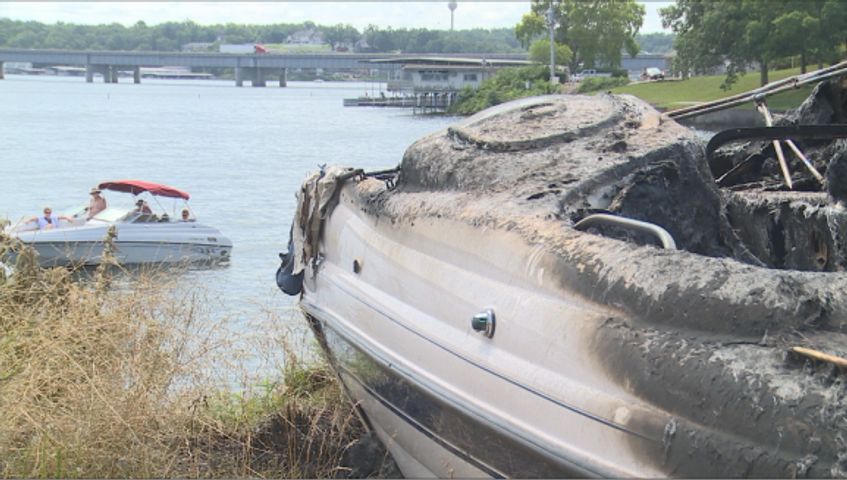 OSAGE BEACH - Highway patrol troopers said they ruled a boat fire at the Lake of the Ozarks on Monday night an accident.

The boat caught fire after it flew onto the shoreline near Jeffries Lane. Missouri State Highway Patrol Sgt. Scott White said the driver attempted to avoid a piece of floating debris but hit it instead.

The crash ejected all of the occupants from the boat, but no one was hurt.

Raegan Waters, who works at at Dogs Days Bar and Grill, said people inside could see the smoke billowing.

"Everyone was really intrigued, like they wanted to know what was happening, because everyone started lining up along the side of the restaurant to take videos and pictures," she said.

The accident is the 7th fire-related incident on the lake since June 15th.