Film and nature come together to raise funds 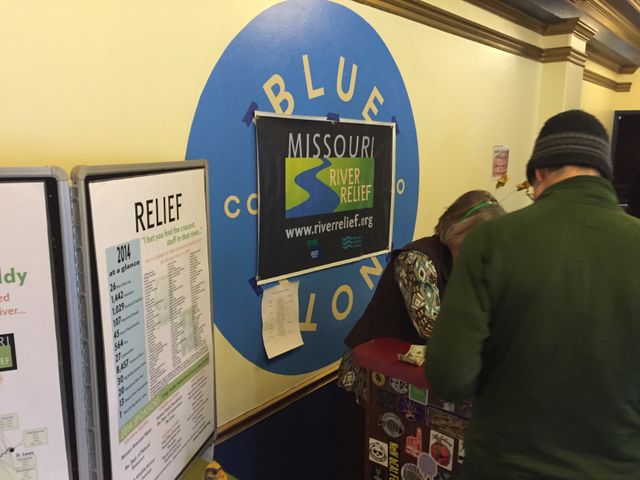 COLUMBIA - Nearly 500 people braved the icy roads to get to the 8th annual Wild & Scenic Film Festival on Sunday.

The festival is focused on raising funds for Missouri River Relief and informing folks on conservation and how to keep rivers clean.

The festival has a silent auction, baked goods sale, raffle and a wide variety of films, all proceeds benefit Missouri River Relief.

The festival features 10 films ranging from national issues and events to things that happened in mid-Missouri, all concerning bettering the environment.

Jen Davis, the events coordinator for Missouri River Relief, sees the importance of having local films.

“I think it's really important to showcase what happens locally and what makes Missouri such an amazing and beautiful and also wild and scenic place,” she said.

One local filmmaker, Carl Gerhardt, premiered his new film on how the wetlands at Eagle Bluffs came to be, “Eagle Bluffs: Battle for a Wetland Treatment System.”

One festival-goer said she was excited for this film in particular, because it is local.

“As a huge nature lover and a big supporter of local parks I think that’s going to be a really interesting thing to watch and learn a little bit more about,” Maren Bell Jones said.

Davis sees the national films as an opportunity to inspire people with ideas they may not have seen before.

“We find that it's also helpful to show folks what people are doing elsewhere, as inspiration.”

On top of the fundraising Davis looks at this as a way to recruit people to the river.

“The work of Missouri River Relief is to clean up the Missouri River and to help people find a personal connection to this incredible resource,” Davis said.