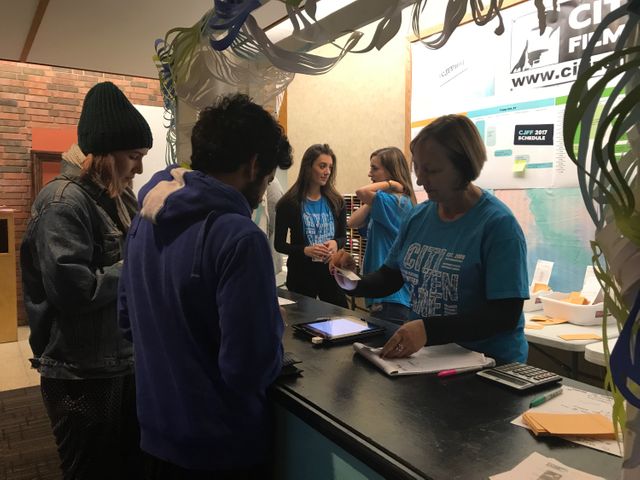 COLUMBIA - Film festivals across the country are celebrating the tenth annual Citizen Jane Film Festival this weekend by providing their own content for the festival.

Citizen Jane chose to contact eight other film festivals who share similar missions of promoting women and diversity in film, asking them to show one of their short films. They all submitted films, which Citizen Jane will show at 9:30 Saturday night in the "Fests Like Us" collection.

The festival's shorts programmer, Amy Sharland, said she hopes this is one of many future collaborations between festivals.

“Our mission is more than just us, and we’re not going accomplish that by just what we’re doing," Sharland said. "There’s more content out there than what we can screen, and so we’re stronger by working together.”

Kristin Molloy, from Athena Film Festival in New York City, said there is a great sisterhood between Citizen Jane and them, because both film festivals are held by women's colleges, Stephens College and Barnard College. Molloy said it was a great honor to be included in "Fests Like Us."

“Even though some people would tell you that these festivals are in competition with each other, they’re really not," Molloy said. "Women want to direct films. Women have this wealth of storytelling that we want to get out there. Any opportunity and chance you get to celebrate that is just very exciting.”

The festivals that submitted films included:

Citizen Jane will continue until Sunday night. Multiple screenings were already sold out as of Saturday morning.