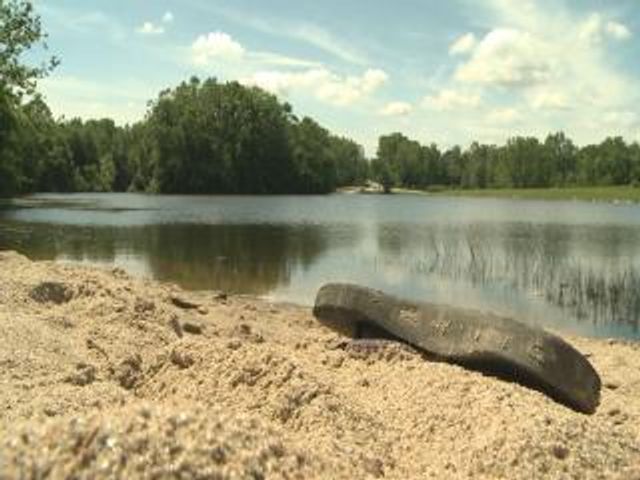 COLUMBIA - It's a pretty and peaceful spot north of Columbia. Finger Lakes State Park beach is now listed as open, but all that could be found on the shore was a sandal.

"Anytime after a rainfall when the water is really turbid and brown, its generally not a good idea to swim, not just at State Park beaches, but anywhere," said MU senior researcher Tony Thorpe.

While the large amounts of rainfall may be part of the reason for high amounts of E. coli in the lakes, Thorpe says there is more to it.

"When you get a lot of rainfall you can get a lot of run-off from the landscape and wildlife and pets, geese especially around our parks because they mow the lawns nicely and the geese love that," said Thorpe.

The Department of Natural Resources provides a site to show the status of beaches across the area. Red flags indicate closed beaches; whereas open beaches like Finger Lakes Park are marked with a green flag. One Columbia resident said safety and health are important when picking a place to spend the day.

"If I had frequented that park earlier I probably wouldn't go back because of that scarcity," said resident Amy Eultgen.

State crews test the water at state beaches each week during the swimming season.