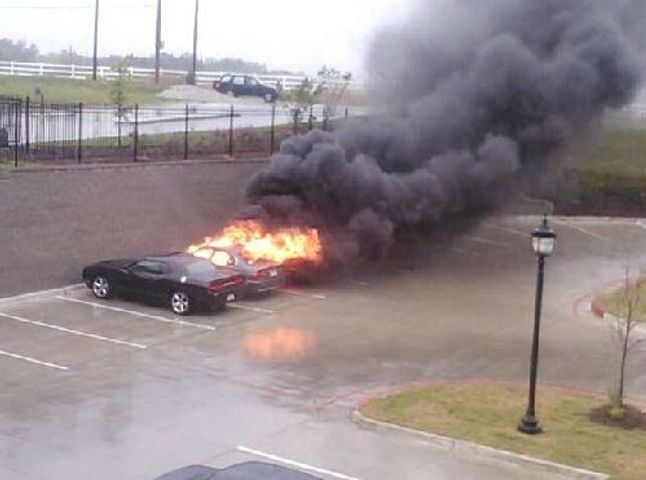 COLUMBIA - A BMW caught on fire at the Grove apartments Friday morning a little before 10 A.M. Firefighters rushed to the scene to knock it down. The cause of the fire is unknown and there were no injuries.

Fire officials say the flames from the BMW engulfed a Honda that was right next to it.

The Columbia Fire Department was able to put out the flames before the blaze reached gas lines in the vehicles.  The fire destroyed both cars.

The fire photo comes from Twitter user, TezKnows. Click on the video to watch the scene right after firefighters knocked out the blaze.