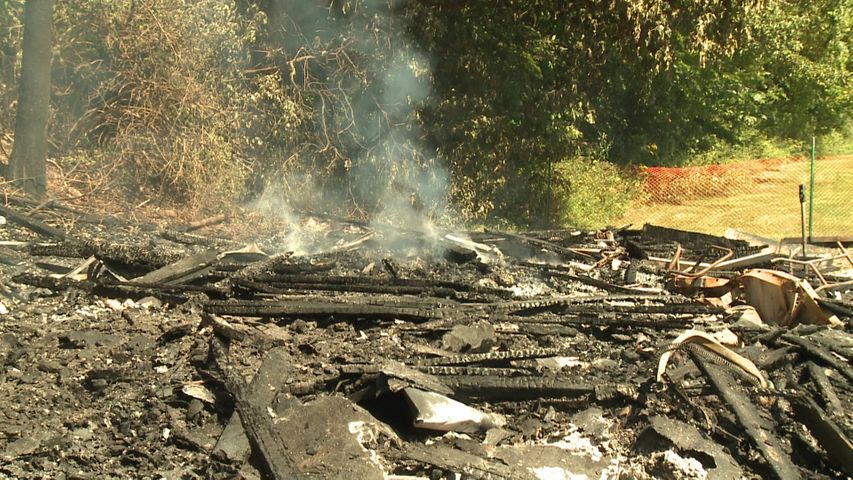 BOONVILLE - Flames were still visiable late Tuesday in the rubble of last night's fire at Kemper Military School. Heavy smoke was still coming out of the pile of debris that used to be a concession stand and press box on old football field behind the school's buildings.

The Boonville Fire Department got the call around 8:30pm Monday night and Fire Chief Tim Carmichael said it took about two hours to put out the flames.

Carmichael said that it is not known if foul play was involved or if it was an electrical fire. He said if anyone has more information, they should contact the Boonville Police Department.

Kemper Military School has not been used since 2001. The football field, where the fire occured, occasionally holds soccer practices for local soccer teams.