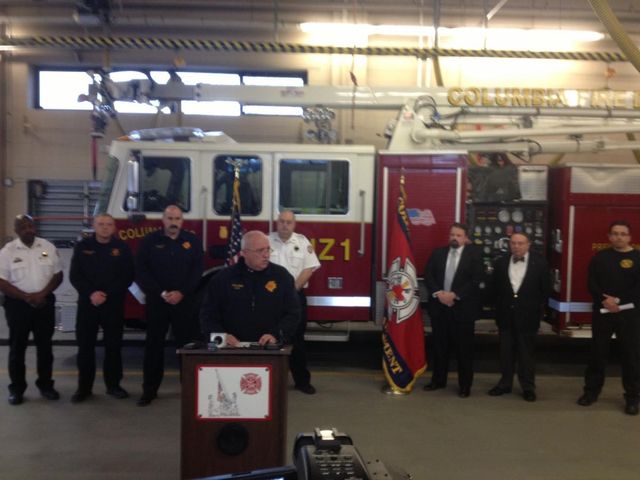 COLUMBIA - Fire Chief Chuck Witt and the MU Chancellor spoke to the public Saturday afternoon to address the death of Lt. Bruce Britt in a collapse at University Village apartments.

Witt said firefighters responded to a structure collapse around 4:45 a.m. Witt said Britt was trapped while responding and emergency officials rescued him. He received emergency medical services and an ambulance transported him to University Hospital, where he was later pronounced dead.

Witt said he spent the entire morning supporting Britt's family and he will continue to support them. He also said he will "work to support the Columbia Fire Department family to overcome this tragedy."

"Because of him and others, a number of our students are safe today," Loftin said. "We are very concerned with the ongoing safety of all of the Mizzou family, especially our students."

Loftin said students evacuated safely and are being provided with alternate housing, with additional support from the university. He said the university brought in a firm to investigate the building's safety.

"With the advice of that firm, we've done the appropriate actions to ensure the other buildings in the University Village are safe," Loftin said. "We've gone beyond that."

"This is a very, very hard thing for all of us to deal with, but a family that stays together can accomplish almost anything," Loftin said.

Collapse At MU Apartment Complex Spares All Inside