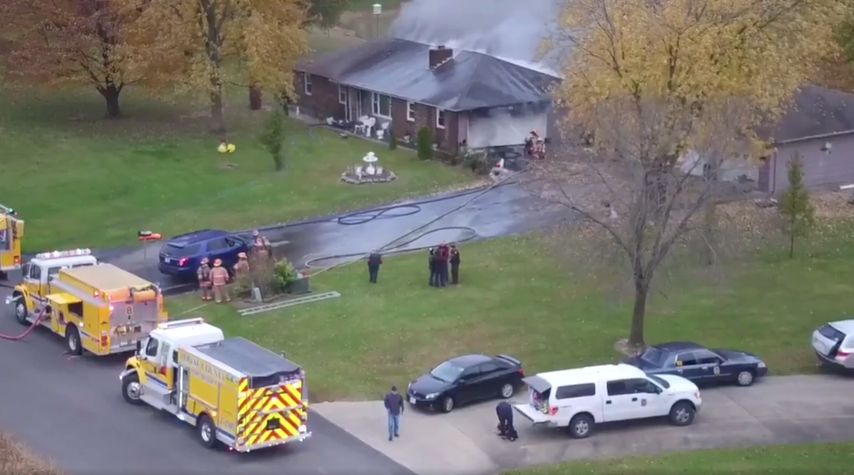 "Before units arrived, the fire progressed up to the attic, which is what firefighters spent the majority of their time on the scene trying to deal with," BCFPD Bureau Director Josh Creamer said.

According to BCFPD, the homeowner was in her kitchen when the fire started, and noticed smoke through her window.

"She opened the door to the garage, she noticed thick, black smoke," Creamer said. "She very smartly closed the garage door and immediately evacuated the structure and called 911."

The homeowner was the only one in the building, and she was not injured.

The garage is believed to be a total loss, and crews are trying to salvage the rest of the structure. Investigators are trying to learn what started the fire.