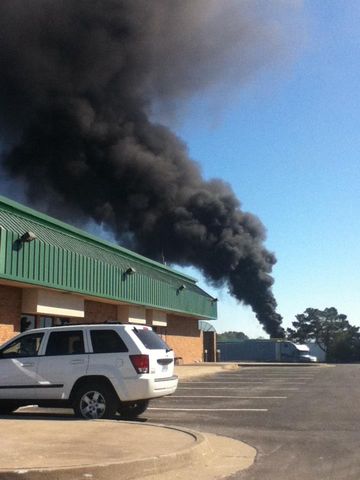 KINGDOM CITY - At least thirty firefighters responded to a report of a fire at the Petro truck stop in Kingdom City. A semi-truck driver spotted the smoke from I-70 and called 911. Smoke could be seen all the way from Columbia.

About eighty tires were on fire when emergency crews arrived. The flames quickly spread to a nearby storage semi and garage. Fire crews got the fire under control within around thirty minutes. Firefighters do not know what caused the fire and the owner does not yet have an estimate on the amount of damage.

Fulton, North Callaway, and Auxvasse Fire Departments all assisted in putting out the fire.