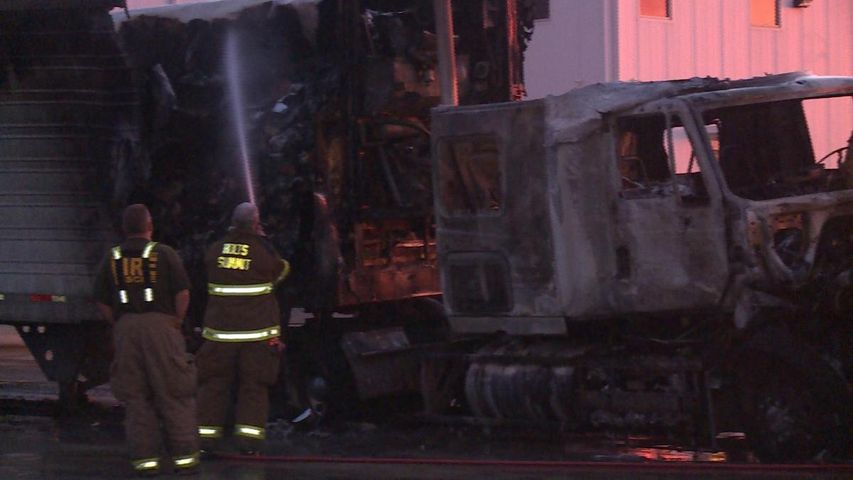 Holts Summit Fire Protection District responded at 2:45 a.m. to what nearby residents described as an explosion off of Commerce Drive at the Pro Foods warehouse.

Scott Pasley, the Public Information Officer for the Holts Summit Fire Protection District said that an explosion wasn't quite the case in this event.

"While we aren't ruling out that there might have been a explosion, we think the resident just heard the popping of the truck tires as the truck burned," Pasley said. "Those can be really loud, especially with that size of tire."

He also told KOMU 8 News that there was no one injured during the incident, and that no one was in the warehouse during the time of the fire.

The cabin of the second truck was also destroyed, with scorch marks along the middle of the truck.

Holts Summit Police Department Sergeant Marc Haycook said the cause of the fire is unknown and an initial damage estimate places the damage at around $500,000.