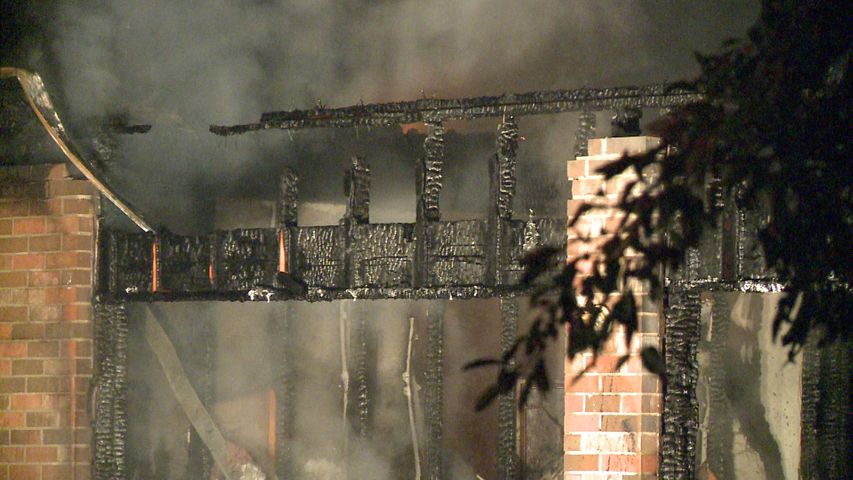 Captain Chris Swisher said the man and woman both escaped without injuries from the home, located on Rockhampton Circle near Scott Boulevard. Investigators have not yet released the cause of the fire, but Swisher said they will return to the scene later to gather more information.

Lt. Brian Maydwell said the fire started in the garage and spread to the attic. Swisher said it took about 45 minutes for crews to extinguish it. In addition to depleting the garage and mini-van, the fire also destroyed much of the home's right side.