CLAYSVILLE — A fire destroyed a house in Claysville Friday afternoon.

A gardener near the home saw the house was on fire and contacted the owner, said Barrett Glascock, spokesman for Southern Boone County Protection District. The gardener and owner unsuccessfully tried to fight the fire with a hose before calling law enforcement.

“The community will go to work and help them the best they can,” he said.

Members of the community gathered at the scene to watch as firefighters put out the fire. Firefighters said the closest fire hydrant was about a mile up the road, so they had to bring tankers back and forth to fill them with water. This process slowed down the response to the fire, Glascock said.

No one was injured in the fire, he said, and the home is a complete loss. 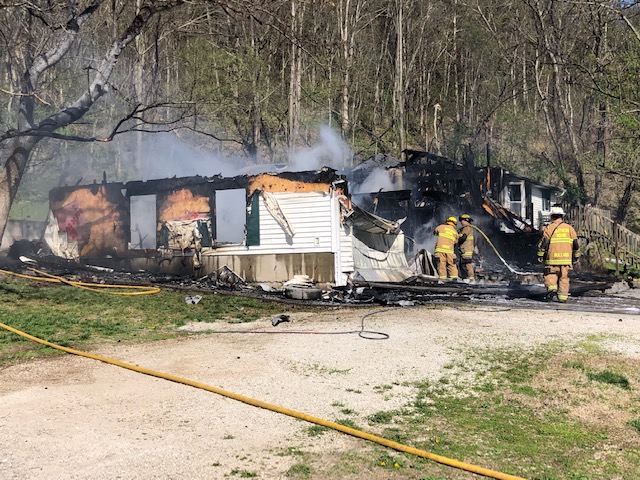