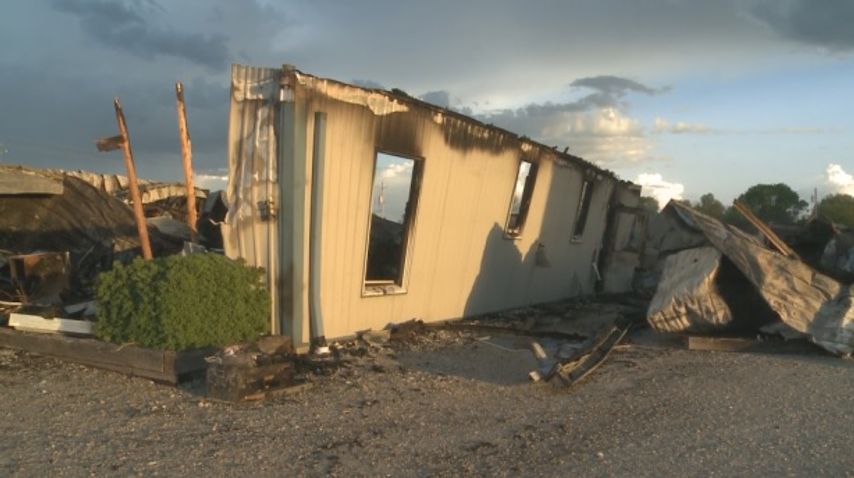 BOONVILLE - A building is in ruins after an early morning fire on Sunday and authorities said an electrical problem may be to blame.

A fire broke out at Mid-City Lumber on Klinton Drive near I-70. Three different fire departments responded to the fire. Cooper County, Boonville and Praire Home responded at 3:39 a.m.

He said firefighters entered the building to "attack" the fire near the back when the roof collapsed.

Luckily no one was injured and all of the firefighters escaped.