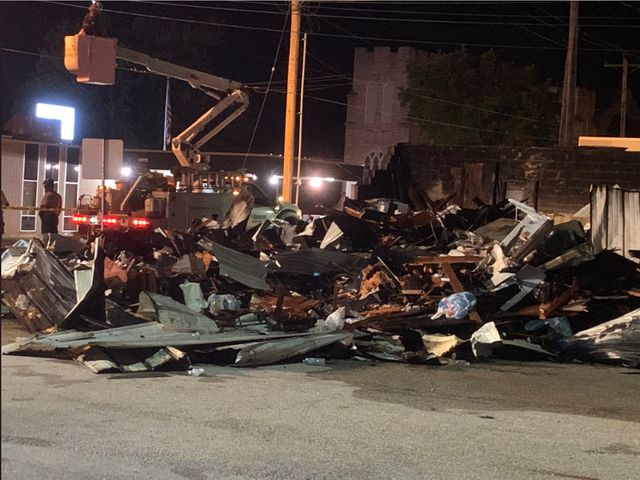 The fire caused a structure on Main and Chestnut Street to collapse.

Boonville Fire Engineer Chris King said two firefighters were injured when the collapse occurred, and a third suffered from heat exhaustion. All three were taken to the hospital.

Building debris covered the area where the structure stood. Pieces of metal, wood, and bricks were all that remained of the building.

Firefighters from the Boonville Fire Department and Cooper County Fire Protection District responded to the scene shortly before 8 p.m.

King said they believe the fire started as an electrical fire, but an investigation is ongoing. Ameren Missouri crews also responded.

A lieutenant on the scene said none of the surrounding buildings were damaged.