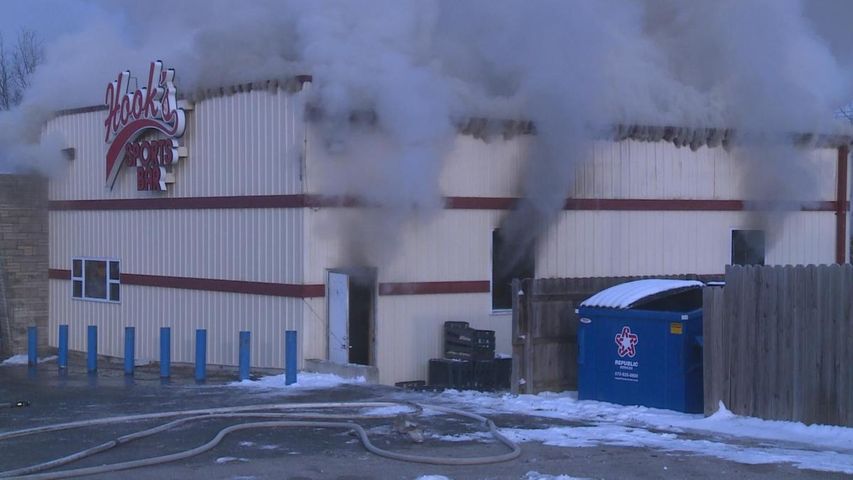 A total of five different fire departments along with 50-60 firefighters responded to the blaze.

There were no injuries reported with the fire.

"This is by far the biggest structure fire in the last 15-20 years," Jim Roark Westphalia Fire Protection District Chief said.

Firefighters responded to the fire at 3:30 a.m. Monday, but Roark said it had been going "for awhile" before they got there. Roark also said the fire started in one corner inside the bowling alley and spread.

Firefighters had to pull back and fight it from a distance because of safety concerns.

Even with an earlier fire Monday morning in Jefferson City, authorities do not yet believe they are related.

"Currently we have no indication of that," Osage County Sheriff Michael Dixon said. "But obviously it's going to be something we'll continue to investigate and look into."

Roark said the bowling alley and the sports bar are most likely a total loss.