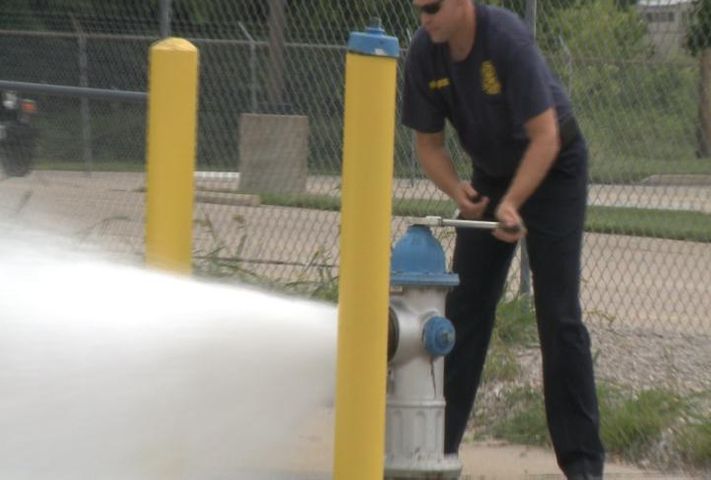 COLUMBIA - The Columbia Fire Department has been testing Columbia's fire hydrants since May but reaching all of the hydrants has taken longer than expected.

According to Fire Battalion Chief Clayton Farr the rain in recent weeks has caused problems for the fire department.  He said when it rains, it makes it hard for them to reach all of the hydrants.

"Hydrants are never placed in the middle of the street," said Farr, "so they're off the path a bit, so sometimes it's difficult for us to access those areas."

The fire department checks 5,000 fire hydrants each May and June.  Farr said 1,000 hydrants remain to be checked.

When checking a hydrant, Farr said, they make sure there is no blockages and that they are ready to use when the fire department might need them. He also said sometimes checking the hydrants may change the taste of the drinking water in surrounding areas.

"Sometimes the flushing of fire hydrants will actually cause some sediment and some build up from the water main," Farr said, "That tends to stir up and change color and somewhat may change the true taste of the water, but it is safe to drink."

As the fire department continues to check hydrants around Columbia, Farr suggests people try to steer clear of the places they are checking.  He said some hydrants can shoot water 5,000 gallons a minute and can be dangerous to people walking near by.