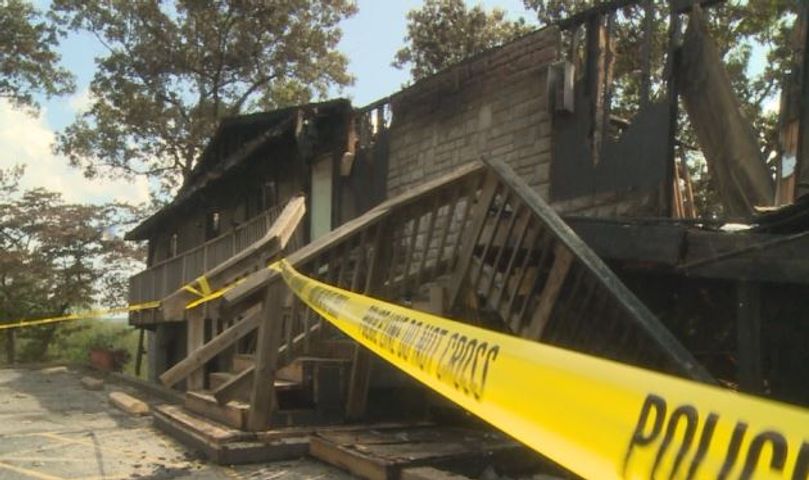 OSAGE BEACH - Firefighters are turning over an ongoing case to federal investigators, according to Eddie Nicholson, the Osage Beach Division Chief of Fire Prevention Bureau.

On Wednesday afternoon, a condo building on Chateau Lane in Osage Beach was destroyed after it was engulfed in flames. All tenants were able to evacuate safely, but the residency was declared "condemned" by investigators shortly after the fire was extinguished.

Nicholson said investigators in Osage Beach were able to piece together a general narrative, but other complications related to the investigation caused statewide agencies to get involved.

"The landlord was repairing a water line, and the fire started in the unit he was working in," Nicholson said. "We know what happened, there's just some questions on the storyline. So, we did call in the state fire marshal's office to help with that, so they are now leading the investigation."

Nicholson said a major reason why federal authorities were brought in is because they have more legal authority than local agencies.

"They have more policing powers than we have to subpoena records and ask for different documents that we can't do because we're not police officers," Nicholson said.

Rachel Marie Tapp is one of the residents in the condominium whose home and belongings were scorched in the fire. She said all the tenants are either looking for, or are currently in, temporary housing.

"I don't know what I'm going to do," Tapp said. "I just hope that none of my neighbors are left out on the street."

Tapp also said she is keeping her eyes on the investigation.

"I just hope that if there was anything foul here, they get caught," Tapp said.

UPDATE: In the video above, Rachel Tapp is incorrectly stated as Rachel Trapp.