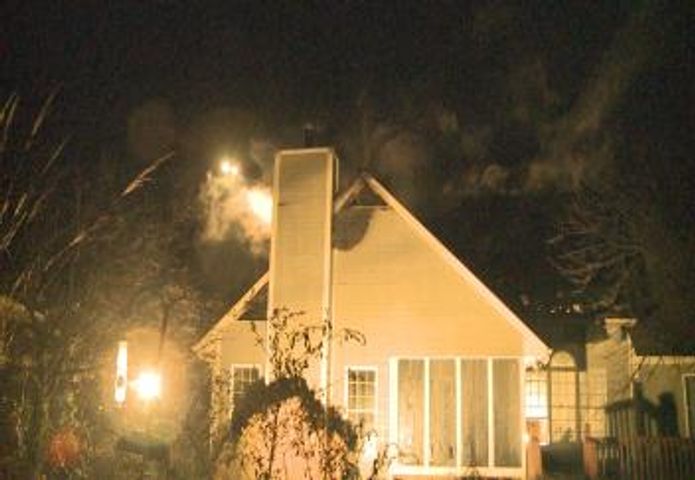 COLUMBIA - A late-night fire in Columbia left a house unlivable and posed some problems for firefighters.

Twenty-one units from multiple fire departments came to a fire at a house on Ravens Ridge Drive Saturday.

Captain Jay Niemeyer with the Boone County Fire Protection said the homeowner heard odd noises coming from his attic, and then noticed a tripped breaker. When the man walked outside, he noticed flames shooting from his chimney - so he took his family outside and called 9-1-1.

Niemeyer then said once the firefighters arrived, the fire had spread.

"We found flames coming from the chimney as well as the backside of the house from the roof," said Niemeyer. "There was significant fire in the attic area which we proceeded to extinguish as quickly as possible."

Niemeyer said the family is staying in a hotel until they can fix their home or find another place to stay.

Niemeyer also pointed out that because of the freezing temperatures last night, firefighters had to be very careful while working. The temperatures dropped into the single digits because of windchill, and it caused whatever water the crews were using to fight the fire to freeze very quickly.

The backside of the house was covered in a giant sheet of ice, and the driveway and street also had several icy patches that the firefighters were careful to avoid.

However, Niemeyer said that even though the house was rendered uninhabitable by the fire, the family managed to save several valuables before the fire did the majority of its damage.

In addition, a representative with the Boone County Fire Protection district told KOMU 8 Sunday that more firefighters were dispatched again around 5 a.m. Sunday morning. This was to extinguish some "rekindles" caused when embers from the first fire land on dry insulation, causing them to smolder and relight.