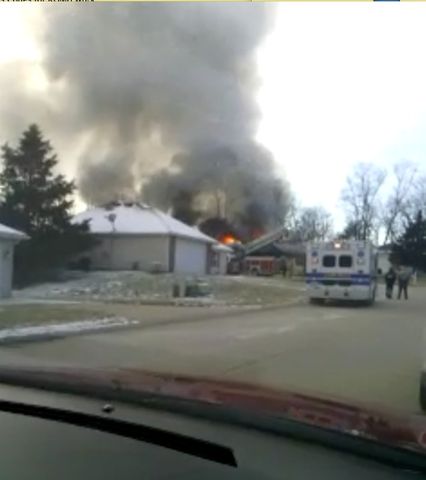 COLUMBIA - Fire officials said a a northeast Columbia home appears to be a total loss after a structure fire that broke out around 3 p.m. Tuesday.

The fire occurred at a home in a subdivision off of Sheridan Blvd. Twenty-eight units from the Columbia Fire Department and Boone County Fire Protection District responded to the incident. Smoke could be seen billowing as far south as Broadway in Columbia.

One Columbia woman was on a nearby porch when the fire broke out, but she is safe. A fire lieutenant said around 4 p.m. that there are no injuries.