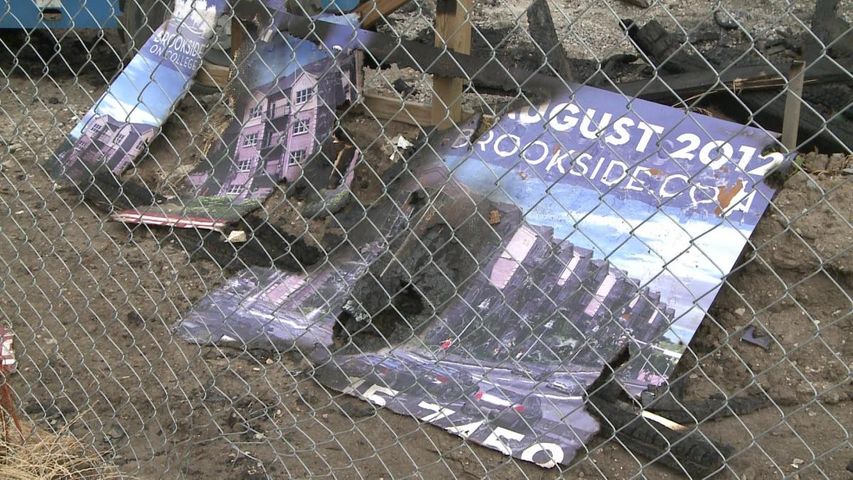 COLUMBIA - Fire inspectors and a restoration crew visited what's left of the planned Brookside Apartments today, searching for clues and assessing the damages after a devastating fire.

The inspectors, clad in pristine white shirts and black trousers, trudged through dark mud, nails and pieces of brick looking, pointing and conversing over clues as to what started the fire. Colmbia Fire Marshal Steven Sapp gave insight as to what fire inspectors look for.

One restoration crew worker indicated the kind of work that would be needed to begin rebuilding at the complex. Without an official assesment, he said charred wood would need to be removed from the top floor of the complex and sealant should be applied to keep the smell of smoke out of future apartments.

Environment supervisor for Columbia Water and Light Blaise Brazos said that according to recent data, 1-2 million gallons of water were used to extinguish the May 27 fire that caused millions of dollars in damages to the Brookside Apartments on College Avenue.