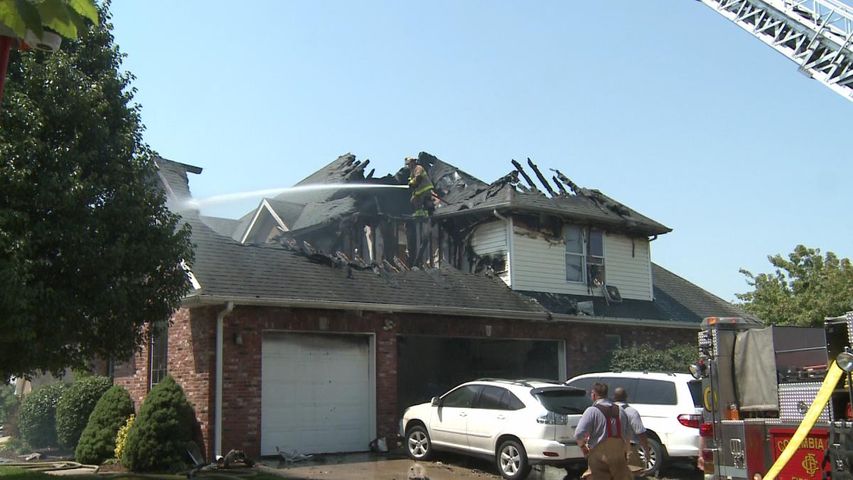 COLUMBIA - Fire crews returned to a home at 4301 Vermont Avenue Wednesday morning to put out another fire, just hours after responding to the same house for a garage fire. Fire captain John Metz said the second fire was visible in the roof area of the home. Firefighters got the second call at 10:16 a.m.

The earlier fire started around 6:22 am and was confined to the home's garage.  Metz said firefighters were able to put out that fire fairly quickly.  They estimate the damage to the garage to be around $25,000. Fire crews left the scene around 8:00 a.m.

The homeowner said he has a few friends and their kids who live with him in the home.  He is also dogsitting some friend's pets, so there were a lot of animals inside the house. He reported that all the people and pets got out safely in both instances.

Metz said he is unsure of the amount or value of the damage to the roof area, but calls it "significant." Metz said investigators are looking into the cause of the fires and whether the two are related.