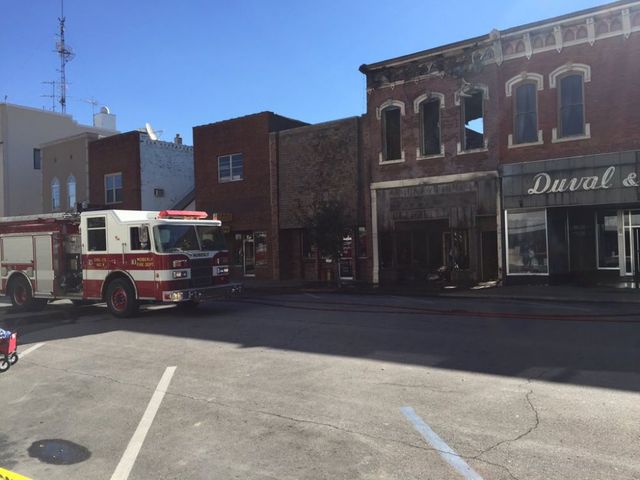 MOBERLY - The Missouri State Fire Marshal is investigating the origin of a fire that spread to several businesses on West Reed Street.

According to the Moberly officials, the fire began in the back of a vacant building that was used for storage.

Officials said no one was hurt in the fire.

A Moberly man headed to work as firefighters fought the blaze told KOMU 8 News what he saw.

"I got up and was riding my bike to work this morning, and saw smoke was coming out of the sky," Moberly resident Brandon Katz said. "Firemen were putting the fire out...flames were coming out of the building, I've never seen a fire like that happen before so I didn't know what to think. You hardly see fires like that at all around here."

The department was able to get the fire under control but the cause of the fire is still unknown. Creed said officials could release more information as soon as Monday morning.