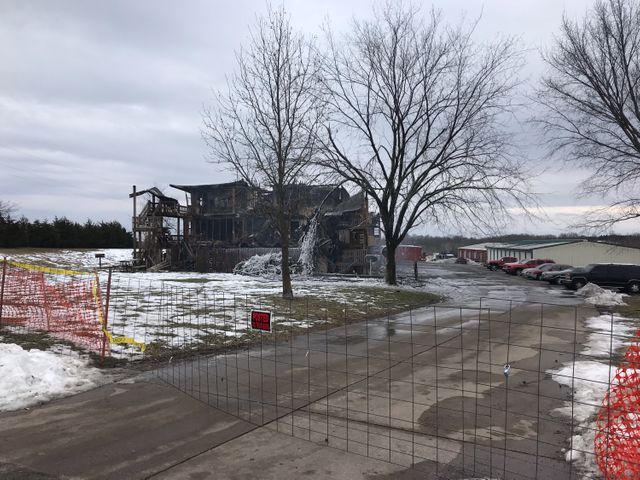 HOLTS SUMMIT - A woman displaced by a massive fire in Holts Summit Monday said it was "horrific and real."

"I feel sorry for everybody, including myself," said longtime resident Aungela Goodman. "I know the saying, 'have everything and lose everything in the drop of a hat,' and its real. It's really real."

As many as 30 families were displaced and Evergreen Condos was declared a total loss.

Flames engulfed the complex just after 2 a.m. on Monday, with the neighbors helping each other evacuate.

"We all were trying to get everybody out," Goodman said. "It was the only concern we were worried about. We weren't even worried about the material things."

The Red Cross set up shelter and aide in the gymnasium of Union Hill Baptist Church. Jo Burton was one of the people who needed help.

Burton was homeless up until she was able to move into Evergreen Condos with her family a few months ago. She said, while she is upset that her new apartment is gone, Holts Summit will be her home for years to come.

"It sums up the love that is here," she said. "I am grateful for my family and my new friends, even though I hardly know them. I can't say enough about the people in Holts Summit."

Assistant Pastor L.P. Cook said he was not surprised by the community's immediate response to the fire.

"It's a midwestern value, central value, "missoruah" kind of thing," he said. "We always see the communities band together."

KOMU 8 News tried to speak with the owner of the property but he declined to comment, saying he would release a statement once the cause of the fire was determined. Holts Summit Fire Department did not respond to requests for more information on the cause.