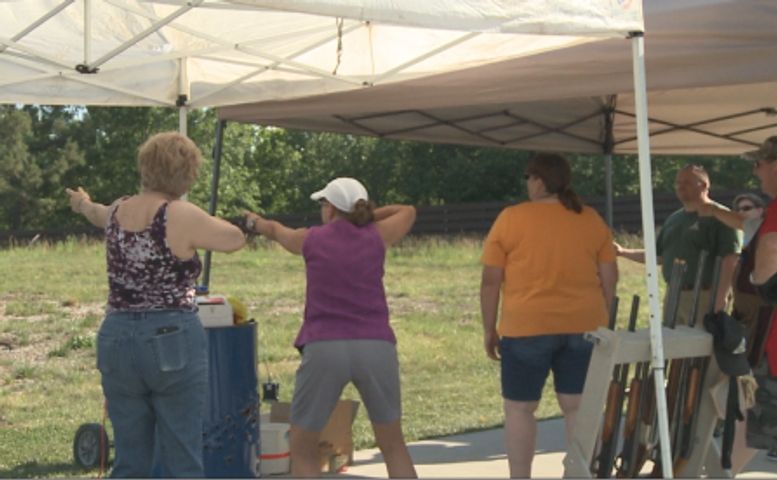 COLUMBIA - As gun regulations come under scrutiny, the Missouri Department of Conservation made sure to stress the importance of firearm safety during Wednesday's women's shooting academy.

The free program, which introduces women to the basics of firearm handling, completed its third week of classes with its second mentored shooting session.

Outreach and education regional supervisor Shawn Gruber said gun safety should be the main priority when handling guns in any situation.

"The number one rule is firearm safety," Gruber said. "If the muzzle is always in a safe direction, if there is an accidental discharge, it's not going to hit anybody or anything."

In addition to covering firearm safety, the program also touched upon shooting techniques, equipment, target shooting and hunting. The program is open to women ages 18 and older and girls 14 ages and older if accompanied by an adult. It consists of three sessions total, one in the classroom and two at the shooting range.

According to Gruber, the aim of the program is for women to learn how to safely operate firearms. However, his goal, in addition to the safe use of the firearms, is to safely apply them to conservation situations.

"My goal is the conservation base, so we're trying to find a way to manage wildlife and the most effective way to do that is by hunting," he said.

While the academy's already at full capacity for the upcoming July session, the MDC encourages women interested in firearm education to sign up for a safety session on August 20.