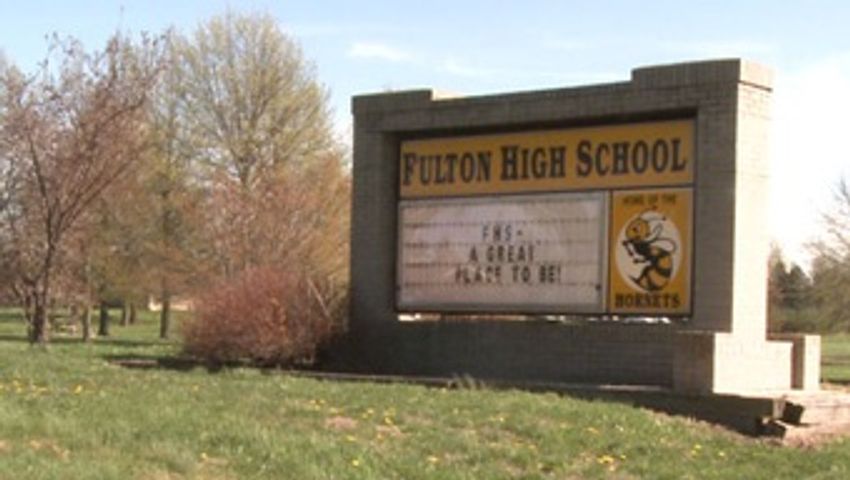 FULTON - May 26 will be Teri Arms' last day at Fulton High School. After more than 30 years with the district, the school board and superintendent fired her from the principal's post -- a position she's held for the past eight years.

"I feel like I've done nothing to be relieved of my duties for," Arms said.

The soon-to-be former principal is now talking about the "list of perceptions" that ultimately got her fired. She said Superintendent Jacque Cowherd and the board of education presented her with the list, which included accused her of being a poor communicator and not caring about students' grades.

"The board and the superintendent were not happy with the number of D's and F's on student report cards," Arms said. "But our school has always met or exceeded state and federal standards."

She said she's never had a negative performance evaluation during her tenure as principal.

Superintendent Cowherd isn't talking about why the board fired Arms, even after a show of support from Fulton staff, students and parents at a December board meeting. Not one person stood to complain about Arms' leadership.

The school board and superintendent simply say they want the school to go in a "new direction."

But when parents get upset about the way a principal disciplines their child, and then gets elected to the school board, conflict can emerge.

"What we've tried to do under my tenure as principal is to treat everyone fairly and equitably," Arms said. "Some board members, more than others, would not want their kids held to the same standard."

Arms declined to name a student or a parent who may have been part of an incident that led to her relationship with the board souring.

Superintendent Cowherd repeatedly told KOMU-TV in an interview that he would not discuss personnel issues.

"I'm not allowed to," Cowherd said. "What she [Arms] does with that information is on her."

But Arms wasn't the only controversial reassignment that happened at Fulton High this year. Guidance Counselor Stephanie Horstmeier, who holds a master's degree, was reassigned by the board and superintendent to oversee a new discipline program at the high school. It's a position she considers a demotion.

"A person who has the qualifications to be a sub in our district could do this position," Horstmeier said.

School board president Clint Smith lost his reelection bid after the board fired Arms.

Was Horstmeier's "demotion" a retaliation by the board for her support of Arms during all the district drama?

"No. No way. There are seven people on that board," Cowherd said. "There is no decision tied to a board member. Period. Period."