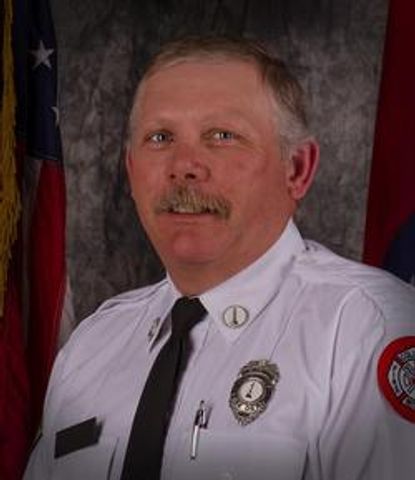 Britt passed away last year when a second floor walkway of the University Apartments collapsed underneath him while he was evacuating students out of the complex.

Britt's wife Leigh and daughter Stormy accepted the award on his behalf.

"I was certainly very honored and it's very meaningful that the Republicans have recognized Bruce with the Robb award. Certainly it's great that there are folks in the community that continue to remember Bruce," said Leigh Britt.

However, this time the committee unanimously selected to award Lt. Britt.

"Lt. Britt had given a great deal of his life to public service and then, obviously, tragically was taken from us. A lot of the characteristics that we believe to be important as it relates to serving our community are all characteristics he embodied," said Missouri State Representative Caleb Rowden.

This award is also strictly non-partisan and political parties do not affect whether the person can receive the award.

"It really isn't a partisan thing. We wanted to make sure that with this award we weren't just highlighting Republicans, but people who just do great work in our community," said Rowden.

The award is named after the presiding commissioner of Boone County Dr. Edward H. Robb. The award was first given out in 2012.

Fallen firefighter Britt's family to receive award on his behalf