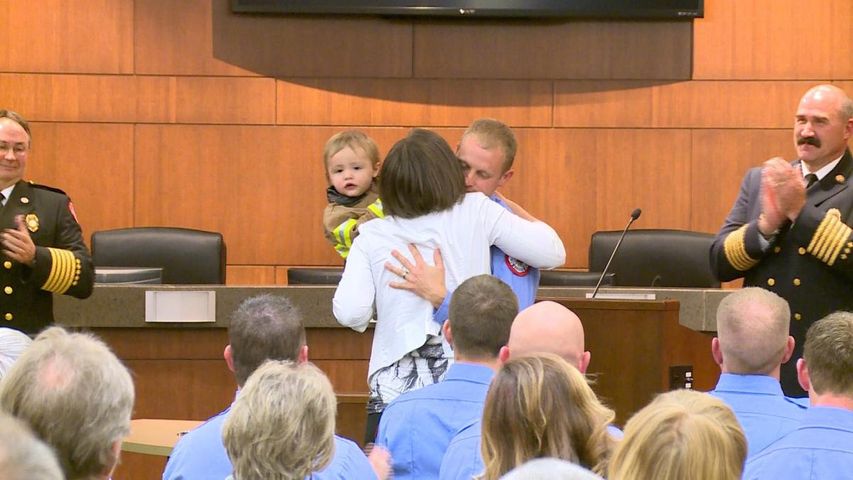 "My first shift is tonight, as soon as I leave here," he said.

Ingebritson wanted to be a firefighter after seeing family and close friends entering the profession.

"Seeing them out and about as a young boy, kinda got some of it in the family, kinda what I always wanted to do. I got an uncle that was a firefighter, got some close family friends [who] were, my dad was a firefighter for the Navy."

The eleven weeks of training consists of basic firefighting, rescue, and medical response training, among other things.

The Columbia Fire Department currently employs 126 firefighters. These most recent graduates are filling spots left by employees retiring or leaving.

According to the Bureau of Labor Statistics, the national average wage for a firefighter is $48,750 annually. In Columbia, the average is $36,510.

According to the US Fire Administration, in Missouri 73% of fire departments are run by volunteers.