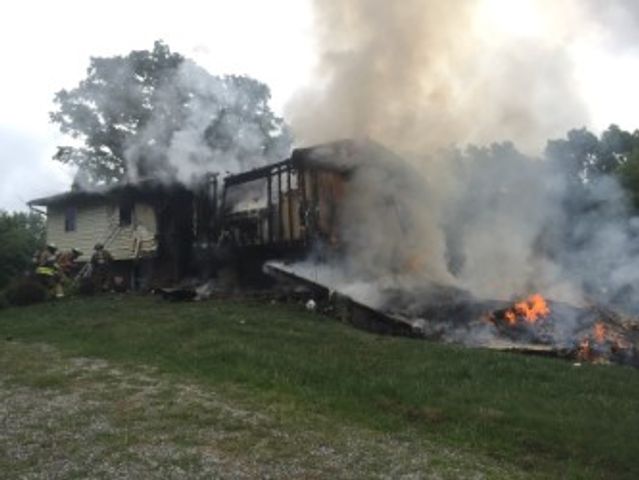 Assistant Fire Chief of the Boone County Fire Protection District, Gale Blomenkamp said, "A smoke alarm was received by a monitoring company at 9:36 this morning. At 9:41 we received visual confirmation from a neighbor that we had heavy fire involvement along the outside of the structure."

Around 50 percent of the home was on fire.

Crews continued to focus on the kitchen and bedroom portions of the home. The south side of the home including the garage area and the second floor were said to have been gone by the time help arrived.

Investigators were working to confirm where the fire began.