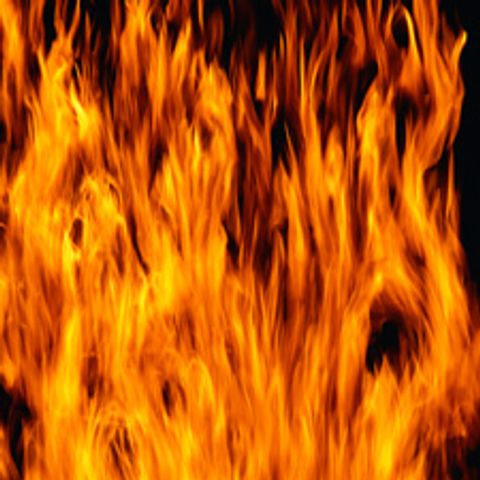 COLUMBIA - As high temperatures return to mid-Missouri in force, the last place most people want to be is surrounded by flames. But that's just another day of work for area fire crews as Mid-Missouri has had no shortage of fires.

Between June 26 and July 5 Boone County alone saw 33 natural cover fires, compared to only 2 in that time last year. Gale Blomenkamp of the Boone County Fire Protection District said the conditions mid-Missouri is seeing this summer are the worst it has seen since the '80s. "The fire conditions we're seeing are very erratic and very uncommon for this part of the United States."

But with temperatures in the 100s becoming the norm, firefighters can't work as long in the heat. It is obviously very easy to become dehydrated, but Blomenkamp said keeping hydrated requires a daily routine. He said they advise firefighters to drink between 64 to 120 ounces of water (about 8 to 14 glasses) a day. "To start rehydrating the day of, or to rehydrate during the event is not usually enough hydration for people," said Blomenkamp. The fire protection district has a special unit to follow around firefighters and keep them hydrated.

In the last week, KOMU-8 has reported on Boone County fires at a house north of Columbia, one at Head Start on West Worley, another at a property on Route M, one on the side of Highway 63 South, and 2 different fires at Finger Lakes.

Residents are still allowed to do open burning as no burn-ban has been issued in Boone County, but Blomenkamp discourages it. "We just encourage people to be very diligent, be very careful whenever they're working with open flame or sparks." He added that all it takes to light a big fire is a spark and said that the original fire at Finger Lakes was caused by a spark from a tractor mowing down alfalfa nearby. "There was nothing negligent about what he was doing, he was doing his work."

With temperatures projected to stay in the hundreds, it doesn't look like the area, or the firefighters, will be getting much relief in the near future.