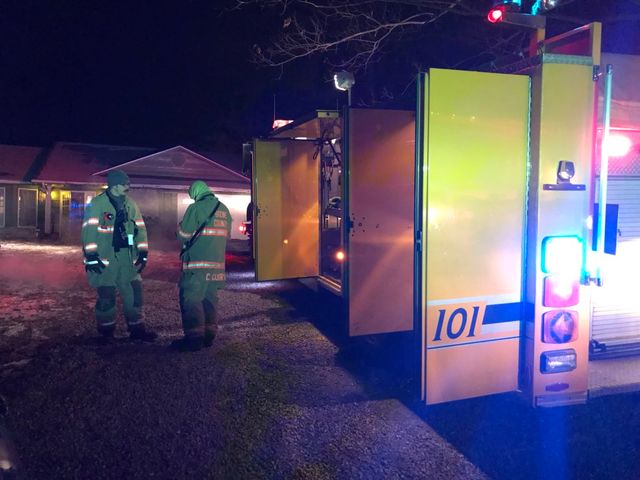 BOONE COUNTY - A fire in eastern Boone County damaged a home on North Purdy Lane Monday evening. The owner called 911 around 5:00 p.m., and the fire was contained to a small area of the home. No one was injured.

Captain Martina Pounds, Boone County Fire Protection District, said the fire started because the insulation up against the flue pipe and caught fire.

"When people start their chimneys for the first time, we recommend for people to go and have a chimney sweep come and check their chimney and make sure there is no obstructions, like no bird nests or anything like that or the build-up from last year's fires," Pounds said.

The attic and chimney were the only areas of the house damaged. Firefighters estimated the damage to be $10-15,000.

The near-zero temperatures in mid-Missouri that are causing people to light their fireplaces are also making firefighters' jobs more complicated than usual.

"Cold temperatures make it really hard on personnel and equipment, so sometimes that takes a lot out of people. And it gets cold and certain things freeze, and then we have to watch. Obviously when we spray water, that gets everything slick," Pounds said.