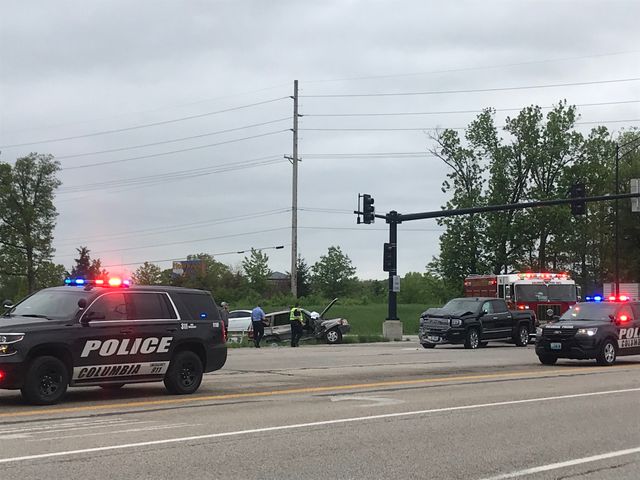 Car crash near the Stadium Boulevard exit of Highway 63. COLUMBIA - Fire crews had to rescue a passenger from a severely damaged SUV after a two-vehicle crash near the Stadium Boulevard exit of Highway 63 on Thursday.

Police officers had to direct passing cars to slow down and go around the scene for at least 15 minutes after the crash.

There were at least three fire trucks and three police cars on the scene.