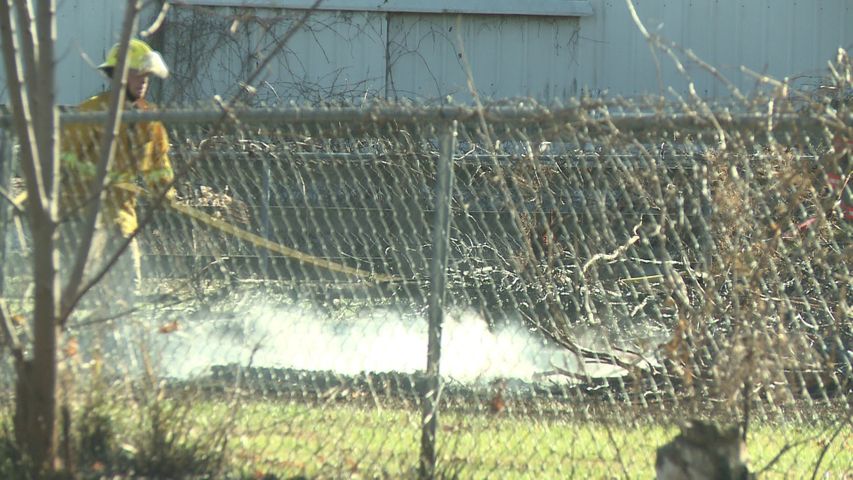 Boone County firefighters responded to fire in a backyard at 5000 South Cowan Road just south of Columbia in Boone County.

Firefighters say the owner was burning brush in his backyard when a neighbor noticed and called 911. It took ten minutes for firefighters to put the fire out.

Firefighters are warning residents to wait for ideal weather conditions before burning leaves or brush.

"We recommend that people not burn brush today or yesterday because on days when it's really windy, it's really hazardous," Captain David Hanks said. "The fire burns really quickly, it doesn't take much for the fire to get out of control."

The owner of the home, Phillip Jackson, said burning brush is something he does at least twice a year.

"My neighbors called and asked what what was going on," Jackson said. "I usually wait until the church is empty before I burn brush."