Firefighters Respond to Fire at Duplex in Columbia 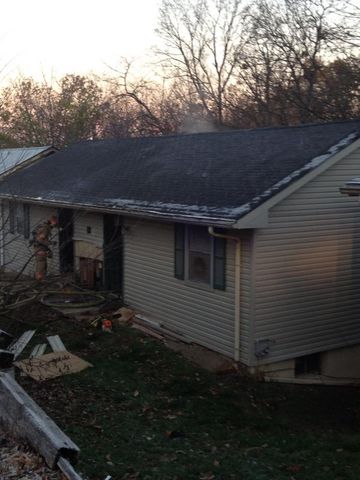 COLUMBIA - Firefighters responded to a fire at a duplex located on Wildwood Street in North Columbia Friday at approximately 5:26 a.m. According to the local fire and dispatch website, Boone County Fire Protection District and Columbia Fire Department responded to the scene.

KOMU 8 News spoke with the tenant of the duplex who said the last thing he remembers doing before falling asleep was plugging in a space heater.  The tenant also said his landlord allegedly unjustly turned off the water at the duplex about a week ago. He said he might have been able to put out the fire if his landlord had not turned off the water.

The tenant said he lost two of his children in a fire five years ago in northern Missouri. He told us he grabbed his motorcycle, clothes and memoirs of his kids before escaping the duplex.