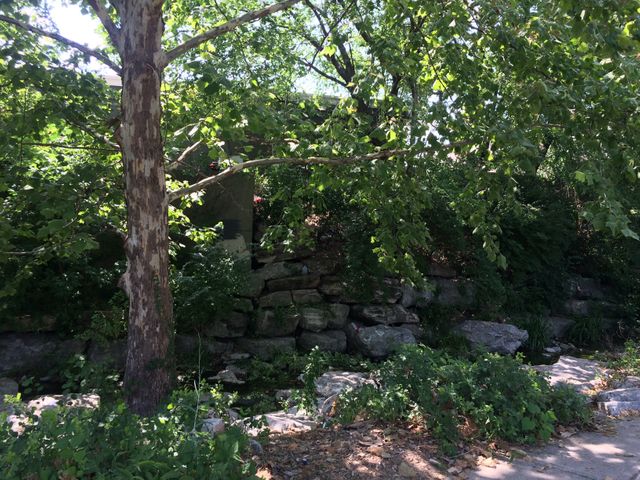 COLUMBIA - A man fell about 15 feet from a concrete wall into the creek at Flat Branch Park Friday afternoon.

The Columbia Fire Department tweeted a photo in which crews are seen carrying someone in a stretcher. The department said it responded to a "significant fall."

Fire Marshal Brad Frazier said the man had an injury on the lower half of his body that is non-life threatening.

A witness, April Gilkey, saw the man fall into the creek and called 911. She said she was at the park for about five minutes when she saw the man fall from where he was sleeping and hit his head on a rock.

She said seeing the man fall was very scary and hopes he's OK.

"I mean, it still has me upset," Gilkey said. "To see somebody fall so far and so hard and to know that they have to be severely hurt."

She said the man's leg was bleeding and he was unconscious. She said she stayed with the man until help came.

"I thank God that I was here today because if I wasn't here and nobody else was around, nobody would have seen him fall and he would have been in that crevice for a very long time," Gilkey said.