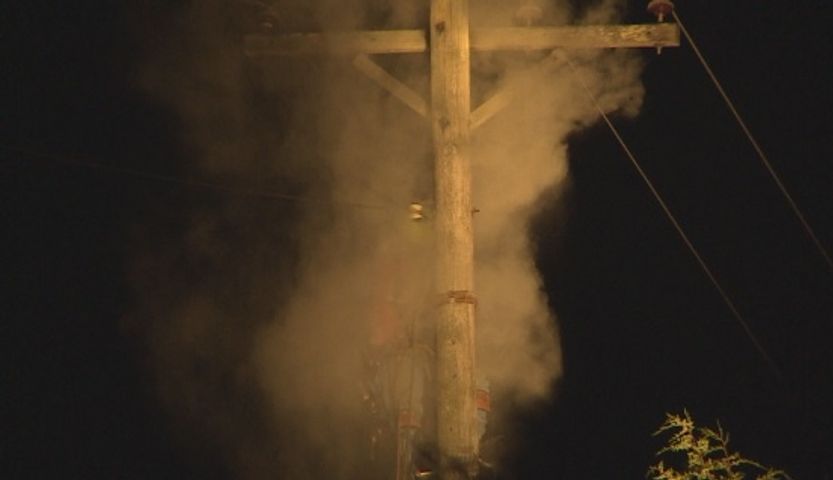 Firefighters Kurt Fansler and Alex Isom said they arrived at the scene at around 10:20 p.m. after receiving a call about an electrical pole fire at Stadium Boulevard and Old Hwy 63.

When KOMU 8's Managing Editor Jamie Grey arrived at the scene at 10:30 p.m., she saw Columbia Firefighters gathered around the bottom of an electrical pole on fire.

Dustin Wilhite and Josh Coch of Columbia Water and Light helped firefighters extinguish the flames, which were out within minutes.

"Squirrels are our number one enemy," Coch said.

Coch said squirrels have been known for causing power outages in Columbia in the past.

Firefighters said the squirrel was the only casualty.