Firework stands close for the season, but still have leftover fireworks 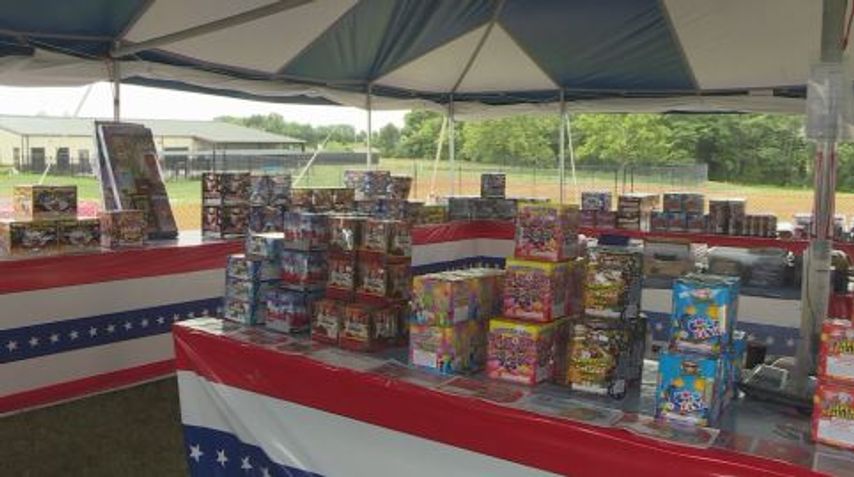 BOONE COUNTY - Now that the 4th of July is over, many of the firework tents on the side of the road are closing down. However, many of these tents still have leftover fireworks.
Bob Gerau is the owner of Bob’s Fireworks and has been working in the firework business for 52 years. He said his business is one of the few buildings in Missouri that stays open all year long.
“I bring in just about enough money to pay the utilities,” Bob said.
Gerau is retired and said most firework businesses can’t stay open year long because of the permit, utility, labor and bag fees. Many of these temporary firework tents usually have leftover fireworks as well. For Gerau, he is able to take any leftover fireworks and keep them in his store for other holidays, such as Memorial day and Christmas.
Other businesses, like 13 Stripes Fireworks, keep their tent up for a couple of days during the 4th of July. Afterward, whatever inventory they have left over, they keep for the following year.
“We put them in boxes in a secure location, in a dry facility. If it’s not dry, then you’re not going to have good fireworks for next year, but if it is dry, you’ll be fine,” Jacob Leffert said, the co-owner of 13 Stripes Fireworks.
Leffert said fireworks have a long shelf life, so it works out if they don’t sell everything.
“It’s an investment because you can use it for next year. So if you don’t sell all of it this year, you’re gonna have it next year. So it all works out,” Leffert said.
Gerau also said many temporary firework tents can also buy fireworks in cases from a distributor. Whatever cases they have leftover that have not been opened can be sold back to the distributor. He said sometimes though, if a business opens too many boxes and doesn't sell all of the fireworks, it can be financially damaging.
“Sometimes you are left over with broken cases, and you’re stuck with that. And then that could get them to the point to where they don’t have enough money to pay their bills,” Gerau said.
He said keeping fireworks for the next year can solve some financial problems, but some businesses may end up losing money.
“You need the money to cover all of your expenses. It may be that after all of the labor, they may not have enough money to pay it back,” Gerau said.
Gerau said firework tents have until July 10 to sell fireworks to the public.