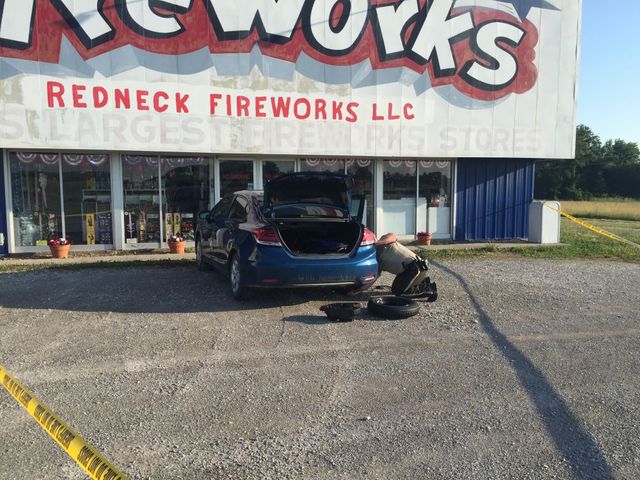 KINGDOM CITY- An armed robbery occurred Tuesday around 5 p.m. at Redneck Fireworks shop off of exit 144 on Interstate 70.

Only one worker was in the store at the time of the robbery. After robbing the store, the Callaway County Sheriff's Office said the gunman went outside and shot the tire of one of the workers.

No one was injured during the robbery.

(Editor's note: KOMU.com has updated this story for information.)