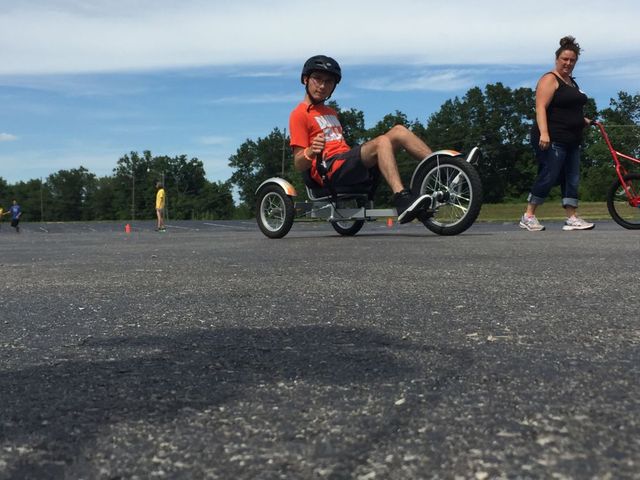 Camp coordinator Nancy Hanson said iCan Bike is a camp for adults and kids ages eight and older who have disabilities. She said the camp teaches people how to ride bikes independently because many have not been on a bicycle.

Hanson said they use rollers and weights in the back of the bike and gradually remove the weights as the week moves forward. The goal is to get each person on two wheels, moving by themselves.

Hanson said the week-long camp can get busy with five 75 minute-long sessions. It starts at 8:30 a.m. and runs until 5 p.m.

Hanson said she decided to start the Fulton camp after taking her daughter Shelby to an iCan Bike camp in St. Louis. She said it was a magical time, but it was a long drive and a big expense. She wanted to bring it closer to Fulton and mid-Missouri residents.

The camp will happen again next year. Hanson said anyone who wants to enroll their child in the camp or has questions can visit the group's Facebook page.