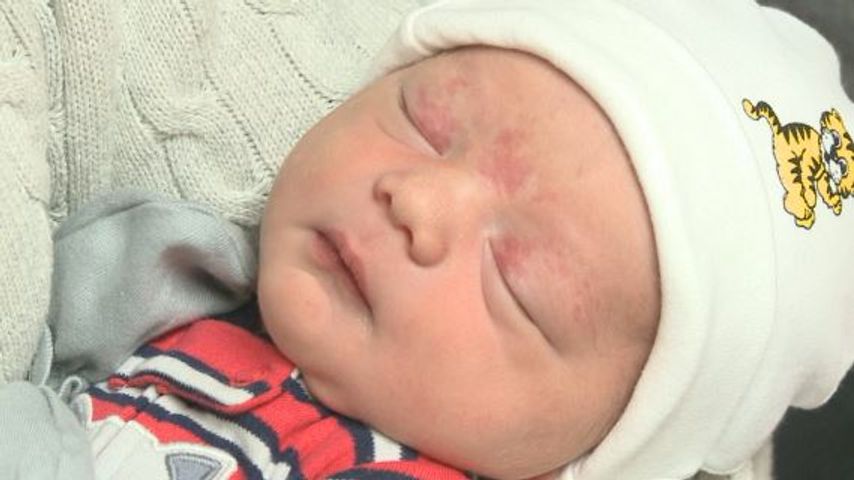 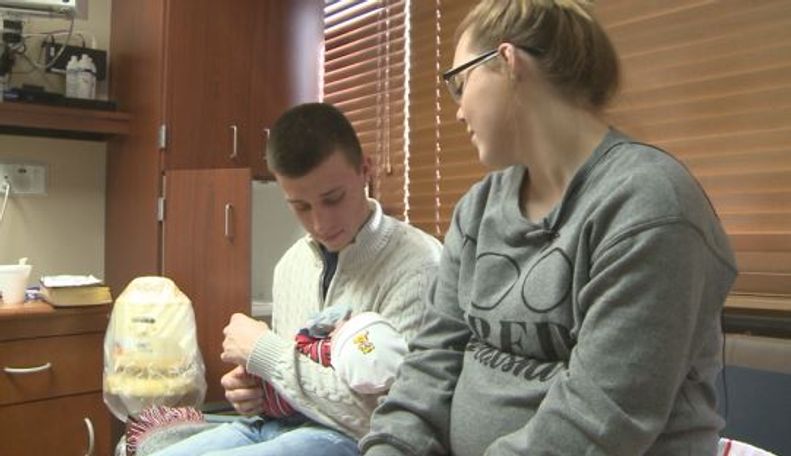 COLUMBIA - Little Luca Jordan Campbell was the first New Year's baby born in Columbia when he arrived at MU Women's and Children's Hospital at 2:46 a.m.

His parents, Alexis Duty, 20, and Andrew Campbell, 20, were expecting him Sunday.

"We're tired," Duty said. "I was supposed to be induced yesterday, but we weren't expecting him to be born past 2017."

His parents said they started 2017 as a couple, so Luca's timing was fitting.

As the first baby born this year at MU Women's and Children's Hospital, Luca was showered with gifts, including a Red Radio Flyer wagon filled with diapers, onesies and other baby necessities.

Luca was born at 7 pounds, 8 ounces and is 20.5 inches long. Nurses said he is very healthy.

Campbell said he has plans to marry his newborn son's mother by the time 2018 ends.

"Eventually, eventually," Campbell said." One day at a time."