First responder to I-70 suicide attempt speaks out 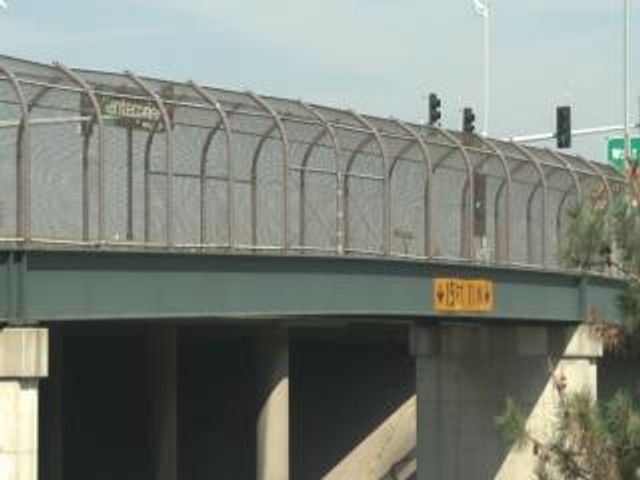 COLUMBIA - A first responder to last Thursday's suicide attempt over Interstate 70 spoke with KOMU 8 on Tuesday.

Columbia Police Department Officer Corey Bowden was the first official on scene when a woman climbed over fencing on the Interstate 70 and Providence Road overpass.

"I immediately wanted to get out and make contact with the subject, try to get them distracted off the idea of jumping , try to figure out what was going on, what the issues they were dealing with that got them to that point, just get their mind off the actual event itself," said Bowden.

Bowden said his top priority was offering her any help he could.

"I immediately went into offering what other options I could offer, the police department could offer, what we could do to find another resolution to help them deal with their issues, other than you know, harming themselves."

30 to 40 minutes passed before officers were able to get the woman to move back to safety.

"I was also assisted by Officer Jim Blaska, who is actually a member of the crisis negotiation team," said Bowden. He came up there at the last part of the situation, he offered his experience too in that, and we were able to get her to come off the bridge peacefully."

Bowden had been at a similar situation a few years ago but last week's incident was much different. "Today I was the man," said Bowden. Even though he was "the man" up front, he doesn't consider himself a hero.  "I think any officer would have done what I did, I just happened to be the first one here that day."

Bowden said he used past job experiences going into Thursday's situation. "I think being on 17 years, I've definitely talked to quite a few people who are not having a good day."

He said it was more than just being a police officer, it was about helping her. "She didn't want to be just drug off the bridge and arrested, you know she wanted help," said Bowden. "It took a while to gain her trust that I wasn't just going to handcuff her and arrest her and take her to the police department, that I was actually going to use what means I have to get her the help, that I hope she needed."

Bowden said this case will stick with him. "There's a few cases I worked in 17 years that definitely stick out, and this will definitely be one of them."

Suicide threat backs up traffic on I-70 in Columbia