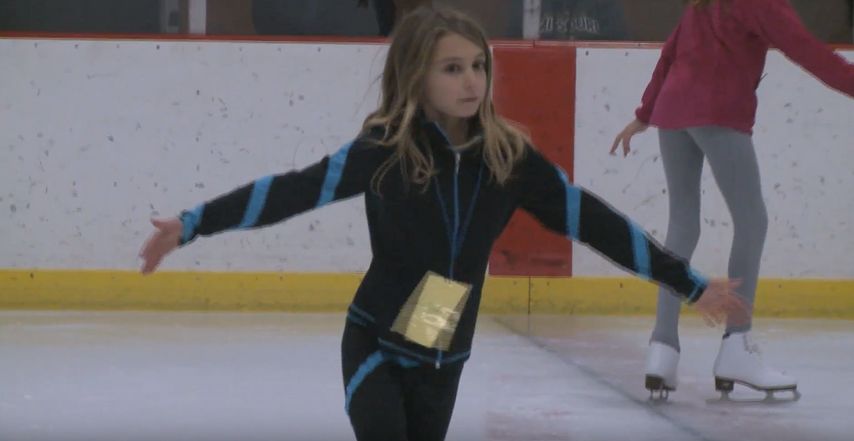 Jefferson City - In mid-Missouri, there are few opportunities to take to the ice like your favorite Olympic figure skater, speed skater or hockey player.

The arena offers "Learn to Skate" lessons on Tuesday's and Saturday's throughout the fall, winter, and spring months.

You can also cool off on the ice in the summer on Tuesday's and Thursday's.

Chidlren as young as 3 years old lace up for the lessons.

Some are trying to begin their figure skating careers, but for others, it's just to have fun.

Four-year-old Carter Bexten hopes the lessons will lead to him picking up the game of hockey.

"He's always liked hockey, so we decided to give it a try," his father Jeremy Bexton said.

It wasn't easy for Carter right off the bat.

"He spent most of his first session on the ground, and we were concerned that he wasn't going to be able to get it," Bexton said.

However, Carter wasn't the only one learning from the experience. Bexton has been exposed to a new community.

"Everyone around us assured us that it was perfectly normal, and that in just a few sessions he would get it," Bexton said. "They've been all open and very easy to talk to."

Carter's favorite parts of the "Learn to Skate" lessons include marching, gliding, and popping the bubbles the coaches blow on the ice.

Bexton said the plan is to eventually get Carter into youth hockey.

Adults who are feeling the Olympic fever and want to learn to skate need not fret, the arena offers adult lessons as well.