Five 18-wheelers involved in accident on I-70 in Columbia 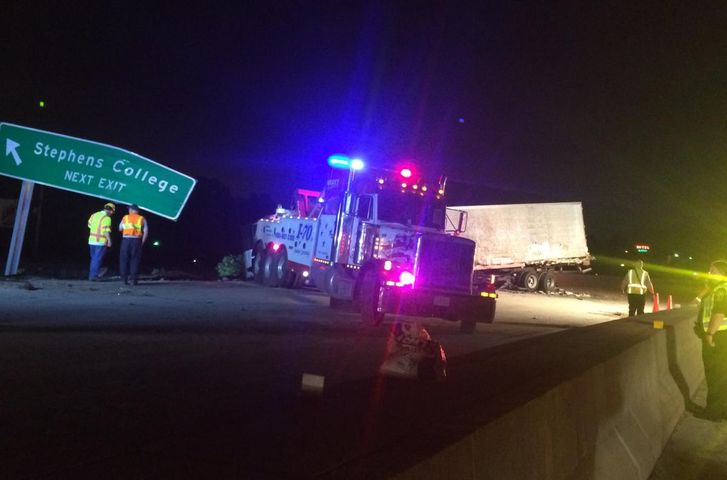 COLUMBIA - An accident involving five semi-trucks shut down a portion of I-70 Friday morning and sent five people to the University Hospital.

The Columbia Police Department said it closed both lanes on I-70 westbound after officers arrived at the accident at 12:58 a.m.

Officer Chad Malsy said he believes the first 18-wheeler crashed into a guardrail, flipped over and spilled gas onto the interstate. He said four other trucks traveling westbound could not brake to avoid the first truck because of the slick road, causing the pileup.

CPD said two drivers and three passengers were taken to the hospital with non-life threatening injuries. The trucks all had moderate to heavy damage and were towed from the scene.

[Editor's note: This story was updated to include information from the police news release.]