Flanagan and Derrick of the Columbia Track Club Take the Win 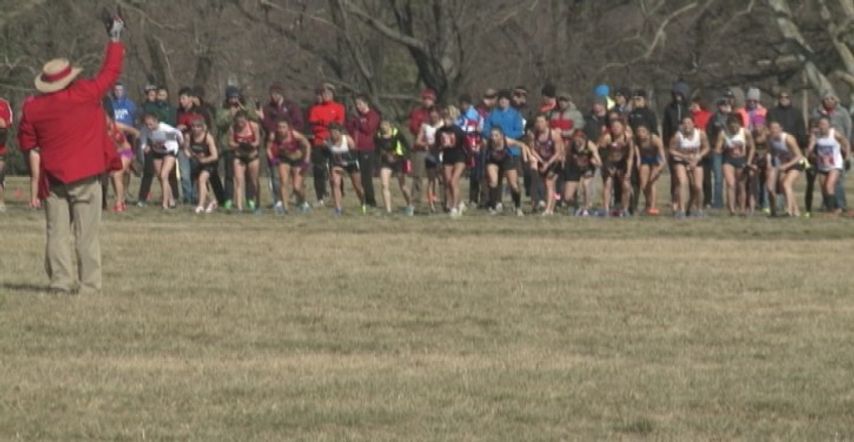 ST. LOUIS - Hundreds showed up to watch the Men's Masters 6K on Saturday. The Columbia Track Club had six runners in the race of almost 100.

Mizzou professor Tim Langen was the top finisher for the club. He placed 28th with a pace of 5:44 per mile, a finish he's happy with considering the caliber of competition.

Langen said, "There are former Olympians or Olympic trials runners here. It's just people who just take the trouble and the money to fly."

One of the biggest races of the day was the women's open 8K. Favorites included three time olympian Shalane Flanagan, defending champion Sara Hall and eight time cross country champion Deena Kastor. But once the gun went off, Flanagan and Olympian Kim Conley set the pace. The pair ran a 5:01 first mile and separated from the field, a duel Flanagan expected.

"She said she had been pointing to this race for two years. I don't think that far ahead unless it is the Olympics. Knowing that she was thinking that far ahead, she was going to be peaked and primed." Flanagan broke away with 2K left and held on for her fifth cross country title.

The men's open 12K though was much tighter. There was a lead pack of 30 runners for the first two thirds of the race. The tactical pace played into the hands of 14 time All-American Chris Derrick.

Derrick said, "I expected that I'd be up and contending and my hope was that I could get a way with Matt and probably Dathan and a couple other guys and make a move off of that." Derrick, Missouri native Matt Tegenkamp and Dathan Ritzenhein gapped the field 2K remaining. It was Derrick though that held off the two olympians for his first pro victory.

The top six runners from each race will represent the USA at the World Championship in Poland in March.