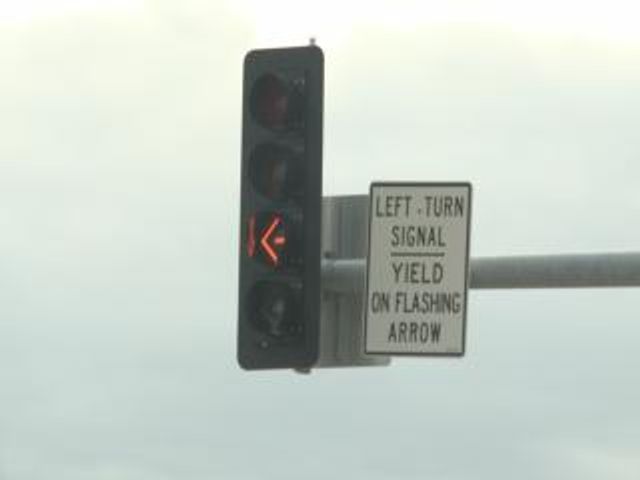 MoDOT replaced the "Left Turn Yield on Green" approach with flashing yellow arrow lights in April 2010. The changes were made on Stadium Boulevard at intersections with Maryland Avenue (now known as Tiger Avenue), Monk Drive, College Avenue, Ashland Road, Old 63, Audubon Drive, and at the Highway 63 interchange. The goal was to make those intersections safer and easier for drivers.

Trent Brooks, the MoDOT Central District traffic engineer said, "Overall, we've had a lot of success with the flashing yellow arrow. The permissive green ball that was there before, we just found there was some confusion with that."

Drivers with whom KOMU 8 News spoke had few complaints about the flashing yellow arrows.

Driver Duke Cuda said, "I like them a lot. I'm from Kansas City so they don't really have those there and you could be waiting at a light for a long time they just make traffic go by easier, not as much congestion in some of these areas."

MoDOT and drivers agreed the flashing yellow arrows make drivers approach with caution and not just run through the light as they did when the green lights were used.

The flashing yellow lights are a new standard and they are being used more and more throughout Missouri and nationwide.