Flight to Columbia diverted after three attempts to land 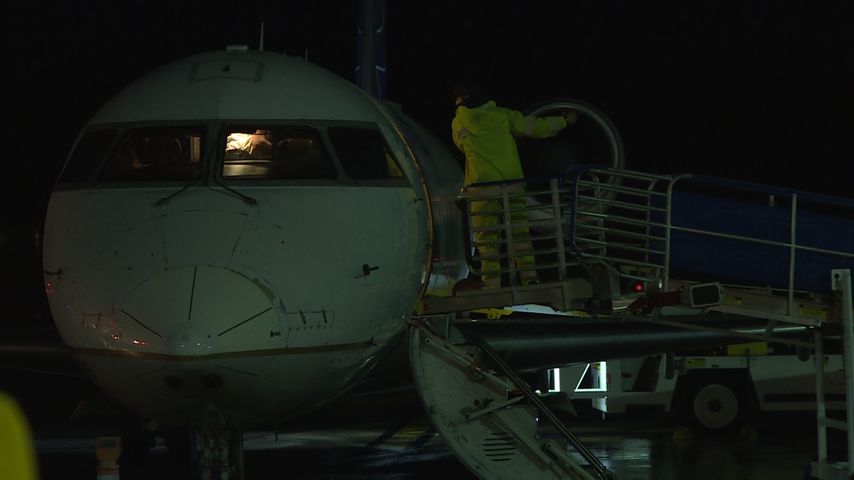 COLUMBIA - A plane flying to Columbia from Chicago was diverted to Des Moines, Iowa, after fog prevented several attempts to land, passengers said.

United flight 5437, which is operated by SkyWest, tried to land three different times, with one approach coming very close, passengers said. This screen shot from the website Flight Aware shows the looping path the flight took at Columbia. 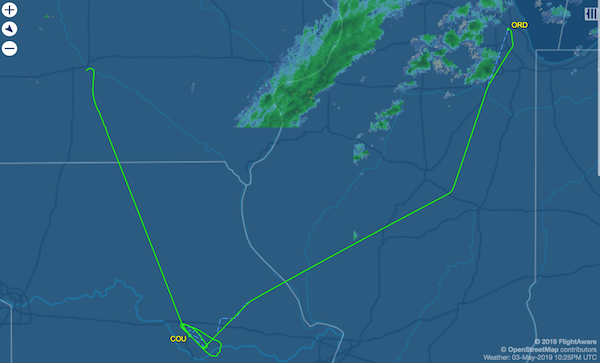 Delores Thurston, a passenger on the flight, said the pilot did not want to take any chances.

"We would go to land, and all the sudden she'd (the pilot) gun it and we'd go back up in the air again, so we knew there was definite problems after the third time," she said.

Passenger Patricia Knapp said she knew something was wrong when the plane ascended instead of landing.

"She (the pilot) came on the line and said that we weren't going to land because she couldn't see the runway," Knapp said.

She said pilots told passengers fog was the reason behind the troubles landing.

What should have been a short trip stretched to more than five hours.

After the three landing attempts, the flight was diverted to Des Moines. SkyWest said weather in Columbia was the cause of the diversion.

"The flight later continued on to Columbia after weather conditions improved," the airline said.

Before the plane left Des Moines, some passengers decided to get off and drive because they did not want to wait, Knapp said. The pilots periodically checked the weather in Columbia, Knapp said.

The airline's website said the plane arrived in Des Moines at 6:38 p.m. and departed at 8 p.m. The plane needed more fuel.

"The first gas truck got there, and it was empty and then we had to wait for another gas truck to get there," Knapp said.

The passengers eventually started "joking and laughing," Knapp said. They cheered when the plane landed in Columbia.

This is the second diverted flight involving Columbia Regional Airport in a week. On Sunday, a plane developed engine issues on the way to Chicago and was sent to Bloomington, Illinois.

The diversions come within a month of the airport temporarily due to runway issues.

Planes have been using the crosswind runway since early April because the main runway is closed for maintenance.

After pilots expressed concerns about a bump in the runway, caused by the "crown" at the intersection of the two runways, the airport closed for four days due to emergency repairs.